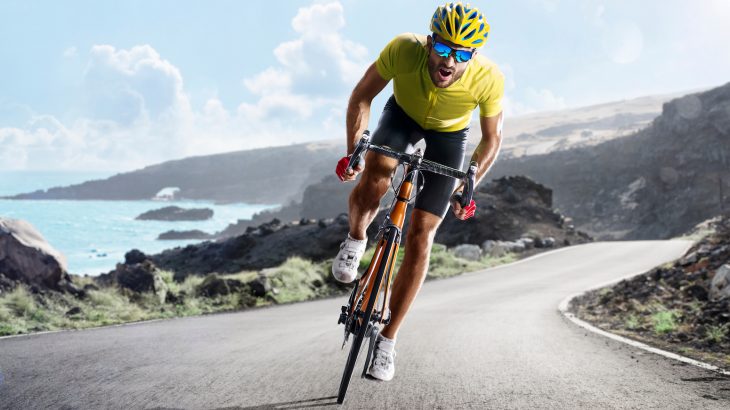 A study published by Cell Press has revealed new details about how exercise burns belly fat in humans. According to the researchers, a signaling molecule called interleukin-6 plays a critical role in the fat burning process.

The study was focused on a 12-week bicycle exercise intervention, which successfully reduced abdominal fat in obese adults. Surprisingly, however, this positive effect was nonexistent among participants who were treated with tocilizumab, a drug that blocks interleukin-6 signaling.

In addition, the tocilizumab was found to increase cholesterol levels regardless of physical activity.

“The take home for the general audience is ‘do exercise,’” said study first author Anne-Sophie Wedell-Neergaard of the University of Copenhagen. “We all know that exercise promotes better health, and now we also know that regular exercise training reduces abdominal fat mass and thereby potentially also the risk of developing cardio-metabolic diseases.”

Abdominal fat is associated with an increased risk of cardio-metabolic disease,  cancer, dementia, and all-cause mortality. Physical activity reduces the visceral fat tissue that surrounds internal organs in the abdominal cavity, but the underlying mechanisms which facilitate this effect have remained unclear.

To investigate whether interleukin-6 may play an important role in fat burning, the researchers conducted a trial in which abdominally obese participants were subjected to one of four conditions: intravenous infusions of either tocilizumab or saline every four weeks combined with no exercise or a bicycle routine.

Using magnetic resonance imaging, the researchers managed to measure visceral fat tissue mass at the beginning and the end of the study.

Among the individuals in the placebo groups, exercise reduced visceral fat tissue mass by an average of 225 grams, or 8 percent, compared with no exercise. On the other hand,  the tocilizumab treatment eliminated this effect.

“To our knowledge, this is the first study to show that interleukin-6 has a physiological role in regulating visceral fat mass in humans,” said Wedell-Neergaard. “The signaling pathways in immune cells versus muscle cells differ substantially, resulting in pro-inflammatory and anti-inflammatory actions, so interleukin-6 may act differently in healthy and diseased people.”

The researchers plan to investigate in future research whether large amounts of interleukin-6, potentially administered as an injection, has the ability to reduce visceral fat mass by itself.

“We need a more in-depth understanding of this role of interleukin-6 in order to discuss its implications,” said Wedell-Neergaard.

“It is important to stress that when you start exercising, you may increase body weight due to increased muscle mass. So, in addition to measuring your overall body weight, it would be useful, and maybe more important, to measure waist circumference to keep track of the loss of visceral fat mass and to stay motivated.”