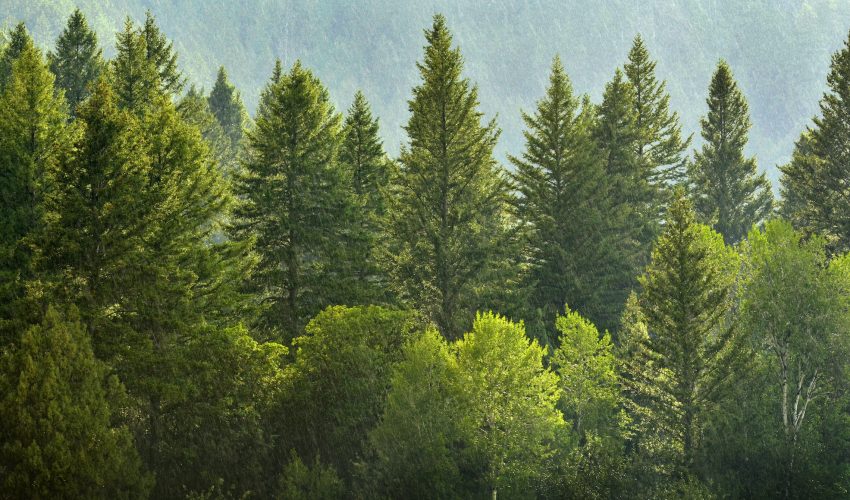 Pine trees have an unmistakable scent due to the tree’s release of volatile gasses but until now, researchers were not sure why pine trees emitted these glasses.

Researchers from the University of Leeds conducted a study that sheds insight on the inner workings of pine forests and offers up an explanation for that pine-fresh scent.

According to the results published in the journal Nature Geoscience, the scent is the result of volatile gasses emitted from pine forests that help refract light.

It’s been shown that particles in the atmosphere scatter sunlight, which is why light from the sun goes all directions rather just from the direction of the sun.

For forests, the scattered light or diffuse light makes sure that more leaves are exposed to sunlight that would otherwise be in the shade under direct sunlight.

The researchers discovered that the gasses emitted by pine trees oxidize in the atmosphere and forms particles which help diffuse even more light from the sun, exposing more leaves to sunlight and improving photosynthesis.

After running several model simulations, the researchers found that the increased particles in the atmosphere from plant volatiles improves carbon absorption by pine forests by an amount equal to ten percent of global fossil fuel emissions and industrial emissions.

“Amazingly we found that by emitting volatile gases forests are altering the Earth’s atmosphere in a way which benefits the forests themselves,” said Alexandru Rap, the study’s lead author.

“While emitting volatile gases costs a great deal of energy, we found that the forests get back more than twice as much benefit through the effect the increased diffuse light has on their photosynthesis.”