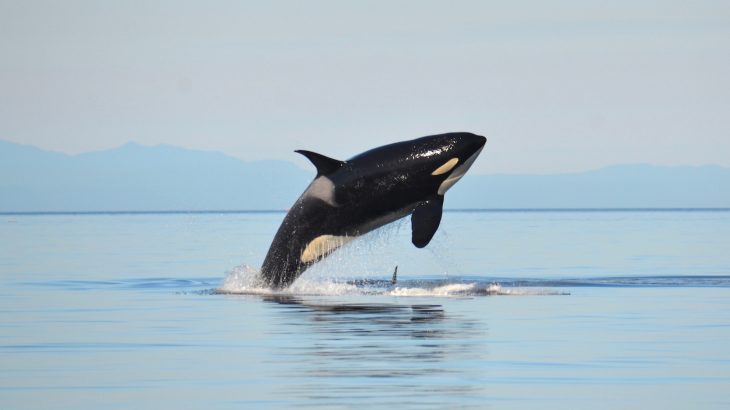 The Southern resident killer whale population, a community of whales made up of three pods that spend much of the year swimming in the Salish Sea off the coasts of Washington State and British Columbia, has reached a 35-year low, according to the Seattle Times.

After 3 deaths in just four months, only 74 members of the population remain.

Conservationists have identified many threats that are causing orca whale declines in the Pacific Northwest including fishing and boat traffic, ocean pollution, and climate change.

But now, a new report has identified a new threat never before considered that has a huge impact on Southern resident killer whales.

A group of four biologists from Natural Resources Consultants in Seattle, the University of Alaska at Fairbanks, the Alaska Department of Fish and Game, and an independent researcher on salmon recently examined data on Pacific Northwest orca whale populations and discovered an interesting biennial trend.

The researchers reviewed data from the Center for Whale Research and found that over the past two decades, whale declines were more noticeable in even-numbered years.

This every other year pattern was then linked to pink salmon, an abundant species of salmon which form massive salmon runs back to their home streams, completing a two-year life cycle.

Other salmon like the Chinook, which is a crucial food source for Orca whales, tend to stay in the ocean longer, according to KOMO News which reported on the surprising new findings.

Pink salmon populations have thrived as of late due to both increases in salmon protections and changes in ocean conditions.

The researchers found that from 1998 to 2017, the Southern resident killer whale population dropped to 76 and more whales were dying in even years compared to odd years. There were also fewer calves that survived in even years.

It didn’t take long for the researchers to find correlations between these biennial declines and the surges in pink salmon populations in recent years that have benefited from new protection efforts and changes in ocean currents.

Orcas prefer Chinook salmon and do not eat pink salmon. The researchers theorize that the large numbers of pink salmon that enter the Salish sea every other year disrupt the orca’s ability to hunt and echolocate properly.

The researchers published a paper on the pink salmon as soon as they discovered the pattern in the hopes of getting the information out to the public as quickly as possible. Orca whales may soon face extinction unless more is done to protect the species.

“The main point was getting out to the public word about this biennial pattern so people can start thinking about this important, completely unexpected factor in the decline of these whales,” Greg Ruggerone, a member of the research team and author of the paper told KOMO News. “It’s important to better understand what’s occurring here because that could help facilitate recovery actions.”