Plant protein lowers risk of premature death by up to 47 percent • Earth.com 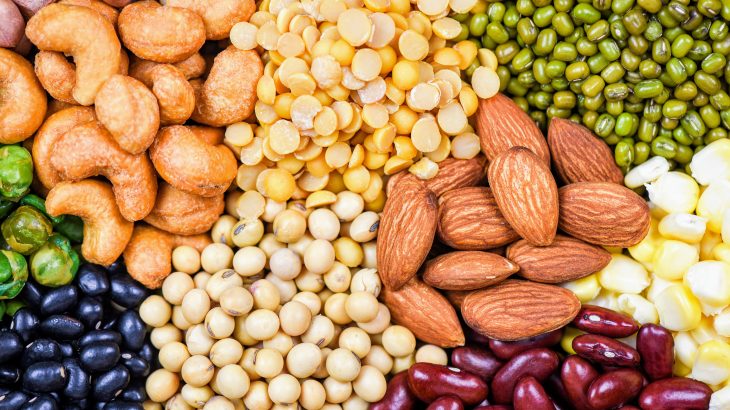 Older women who eat more plant protein lower their risk of premature death from all causes, according to a study from the American Heart Association. The researchers found that substituting nuts for red meat, eggs, or dairy products was associated with a lower risk of death from all causes by up to 47 percent, depending on the type of protein that is replaced.

Previous studies have indicated that there is a link between diets high in red meat and cardiovascular disease, but the data is sparse and inconclusive about specific types of proteins, explained the researchers.

The current investigation was focused on data from more than 100,000 postmenopausal women between the ages of 50 and 79 who participated in the national Women’s Health Initiative study, which ran from 1993 to 1998. The women were then followed up with over the next two decades.

The participants had initially completed questionnaires about their diets, including how often they ate eggs, dairy, poultry, red meat, and fish. They also documented the amount of plant proteins they consumed, such as tofu, nuts, beans, and peas.

The researchers analyzed the amount and type of protein that the women consumed, and then divided them into groups based on who ate the most or least of each protein.

In addition, high consumption of processed red meat was associated with a 20 percent greater risk of dying from dementia.

“It is unclear in our study why eggs were associated with a higher risk of cardiovascular and cancer death,” said Dr. Bao. “It might be related to the way people cook and eat eggs. Eggs can be boiled, scrambled, poached, baked, basted, fried, shirred, coddled or pickled or in combinations with other foods.”

“In the United States, people usually eat eggs in the form of fried eggs and often with other foods such as bacon. Although we have carefully accounted for many potential confounding factors in the analysis, it is still difficult to completely tease out whether eggs, other foods usually consumed with eggs, or even non-dietary factors related to egg consumption, may lead to the increased risk of cardiovascular and cancer death.”