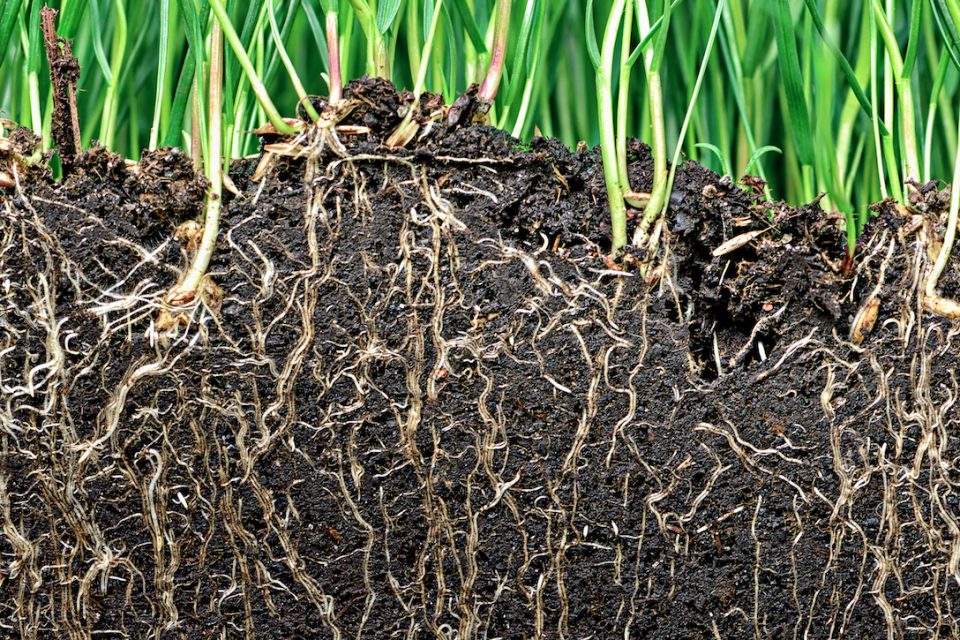 When plants made the move from water to land around 500 million years ago, their root systems were forced to adapt and grow downward. In a process known as gravitropism, the roots learned to follow gravity so they could anchor in the soil and gain access to water and nutrients.

Although gravitropism has been studied extensively in flowering plants, it has never been compared across the plant kingdom and its evolution remains a mystery.

The study revealed that the process of gravitropism was more slowly initiated in the mosses, which are the most primitive land plants, and also in the lycophytes and ferns. The roots of gymnosperms and flowering plants, on the other hand, were influenced by gravity much faster. These seed plants are relatively new compared to mosses, appearing around 350 million years ago.

The researchers found two crucial components which evolved in seed plants to promote a more efficient form of gravity-driven root growth. The gravity signal is first detected by plant organelles called amyloplasts, which are densely filled with starch granules.

Next, the growth hormone auxin transmits the gravity signals that are picked up by the amyloplasts from cell to cell. Genetic experiments pinpointed a specific transporter molecule in the model plant Arabidopsis thaliana called PIN2 that directs auxin flow and guides root growth.

Among the gymnosperms and flowering plants, the PIN2 molecule was found to gather at the shoot-ward side of the root epidermal cells – a feature that was found to be unique to seed plants. This ultimately enables the root to transport auxin towards the shoot and regulate downward growth.

“Now that we have started to understand what plants need to grow stable anchorage in order to reach nutrients and water in deep layers of the soil, we may eventually be able to figure out ways to improve the growth of crop and other plants in very arid areas,” said study lead author Yuzhou Zhang. “Nature is much smarter than we are; there is so much we can learn from plants that can eventually be of benefit to us.”