Plant scraps can be used to make cheap and sustainable jet fuel • Earth.com 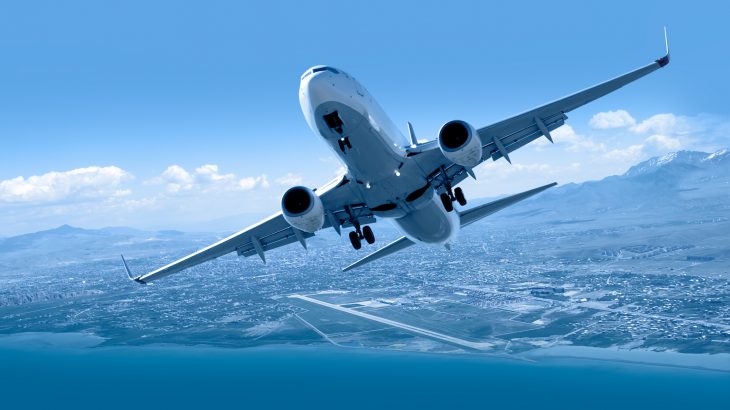 A new process has been developed by researchers in China that turns plant waste, derived from agriculture and timber harvesting, into aviation fuel. This new, more sustainable fuel could be the key to reducing CO2 emitted by air travel.

Published in Joule, the process revolves around cellulose, an abundant polymer found in the walls of plant cells. Chain alkanes pulled from cellulose have been previously used in the production of jet fuel, however, the researchers say their new process produces more complex polycycloalkane compounds that can be used as high-density aviation fuel.

The study’s author Ning Li, a research scientist at the Dalian Institute of Chemical Physics, believes this new fuel could push the aviation industry to commit to and be successful in going green.

“Our biofuel is important for mitigating CO2 emissions because it is derived from biomass and it has higher density (or volumetric heat values) compared with conventional aviation fuels,” Li said. “As we know, the utilization of high-density aviation fuel can significantly increase the range and payload of aircraft without changing the volume of oil in the tank.”

The team then caused a reaction between hydrogen with the 2,5-hexanedione derived from wheatgrass cellulose to get their final product: a mix of C12 and C18 polycycloalkanes with a low freezing point and a density of about 10% higher than that of conventional jet fuels. The high density means the product can be used as a wholesale replacement fuel or as an additive to existing fuels to improve efficiency.

“The aircraft using this fuel can fly farther and carry more than those using conventional jet fuel, which can decrease the flight number and decrease the CO2 emissions during the taking off (or launching) and landing,” Li said.

Because the process to produce this fuel is so cheap and sustainable, Li believes the fuel will be ready for commercial use in the very near future. The team must first work around using dichloromethane, found in paint removers, to break the cellulose down because the compound is considered an environmental and health hazard.

“In the future, we will go on to explore the environmentally friendly and renewable organic solvent that can replace the dichloromethane used in the hydrogenolysis of cellulose to 2,5-hexanedione,” Li continued. “At the same time, we will study the application of 2,5-hexanedione in the synthesis of other fuels and value-added chemicals.”