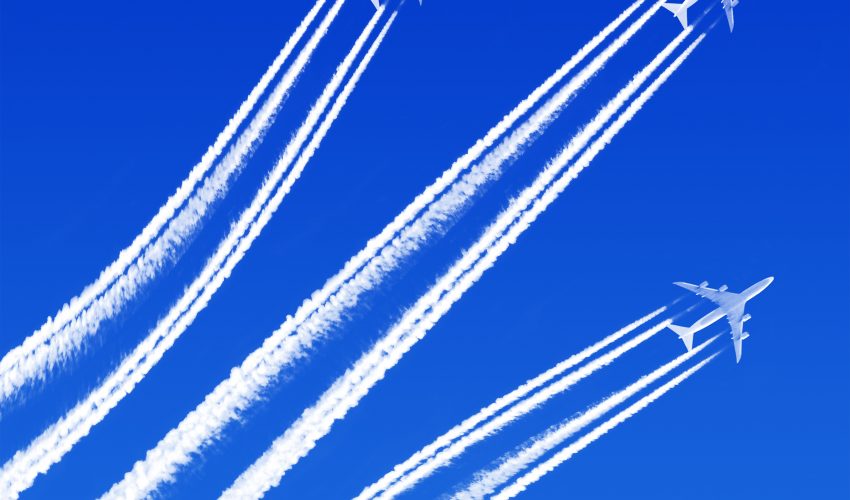 No, jet contrails are not the insidious ‘chemtrails’ that some believe are controlling our climate or even our minds. However, they are responsible for environmental damage of another kind. That’s why scientists at NASA measured the effects of various fuel mixes and found that a biofuel blend could reduce the impact on air quality and climate.

Contrails are burned fuel that turn sooty as they interact with the cold atmosphere and have an adverse effect on the climate in the process.

“Those soot particles serve as nuclei for water vapor in the very cold atmosphere to condense on and for the artificial-looking linear contrails that we see when we look out the window,” Dr. Richard Moore, from NASA’s Langley Research Center in Virginia, told the BBC World Service. “We know these contrails and cirrus clouds have a warming effect on the Earth’s climate, and it’s currently thought the warming effect associated with those clouds is more significant than all of the carbon dioxide emitted by aviation since the first powered flights began.”

While other fuel data has been accumulated from the use of engines running full throttle on grounded jets, this was the first time that tests were conducted with a plane at cruising speeds in the colder atmosphere.

The DC-8 was given a tank of conventional kerosene-based aviation fuel and another using a 50-50 mix of conventional and biofuel. The biofuel consisted of ingredients from the Camelina oilseed plant.

The results? After taking into effect varying flying conditions, the biofuel blend produced 50 percent less black carbon by number and as much as 70 percent by mass.

The study was described in the current edition of the journal Nature.