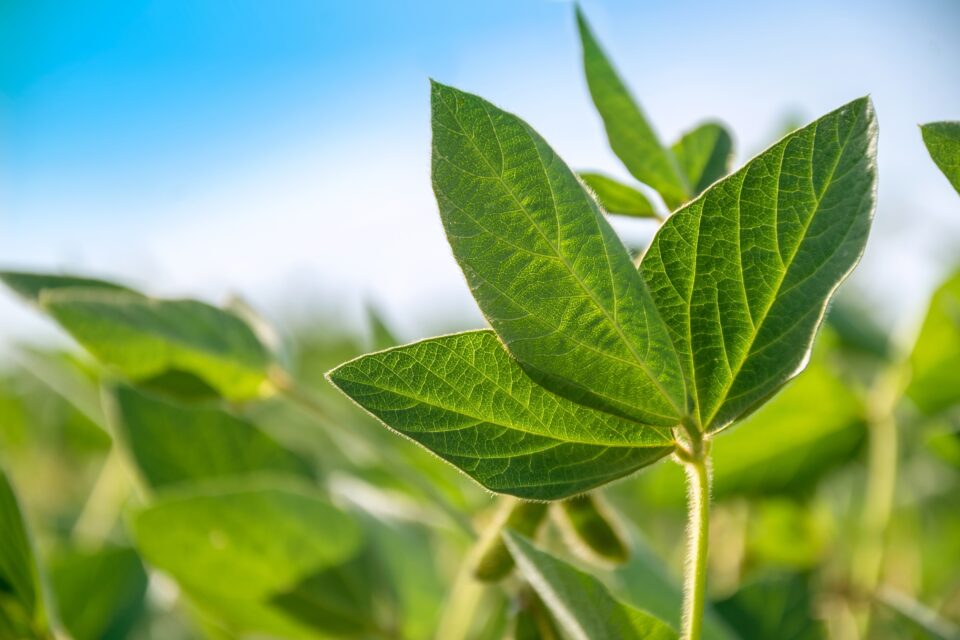 While most viral infections negatively affect an organism’s health, one specific plant virus – the soybean vein necrosis orthotospovirus (SVNV) – may actually benefit a species of insects which commonly feeds on soybean plants and can transmit them the virus. According to a laboratory study conducted by researchers from the Penn State College of Agricultural Sciences, when soybean thrips – small insects ranging from 0.03 to 0.20 inches in length – are infected with SVNV, they tend to survive longer and reproduce better than uninfected thrips.

Soybean vein necrosis orthotospovirus causes vein necrosis in soybean plants. Once the plant is infected, the pathogen first attacks the veins of the leaves, causing them to turn yellow, and later on spreads to other parts of the leaves, which eventually develop brown lesions. If the infection progresses, the leaves can turn necrotic and fall off. In addition, this virus can also reduce the amount of oil and proteins in the plants’ seeds and can lower seed germination rate and seed weight. The virus is usually spread by either infected seeds or infected soybean thrips.

“Since there are no cures for plants infected with viruses, control of the virus vectors [in this case, thrips] is one of the best options for virus disease management,” said study co-author Cristina Rosa, an associated professor of Plant Biology at Penn State.

“Knowing the identity, biology, transmission propensity, and changes in behavior and physiology of the thrips that transmit soybean vein necrosis virus is fundamental to designing soybean vein disease prevention programs and to calculating the economic threshold of any intervention.”

The scientists collected soybean thrips and released them onto soybean plants in a laboratory setting. Both plants and thrips were monitored regularly for SVNV using PCR (polymerase chain reaction) testing, and the thrips’ lifespan, mortality, fertility, and reproduction were observed through two generations.

Although more research is needed to clarify the interaction between soybean thrips and SVNV, a possible explanation for why infected thrips survive longer may be an increase in amino-acids in the virus-infected plants, which can benefit the insects.

The study is published in the journal Insects.