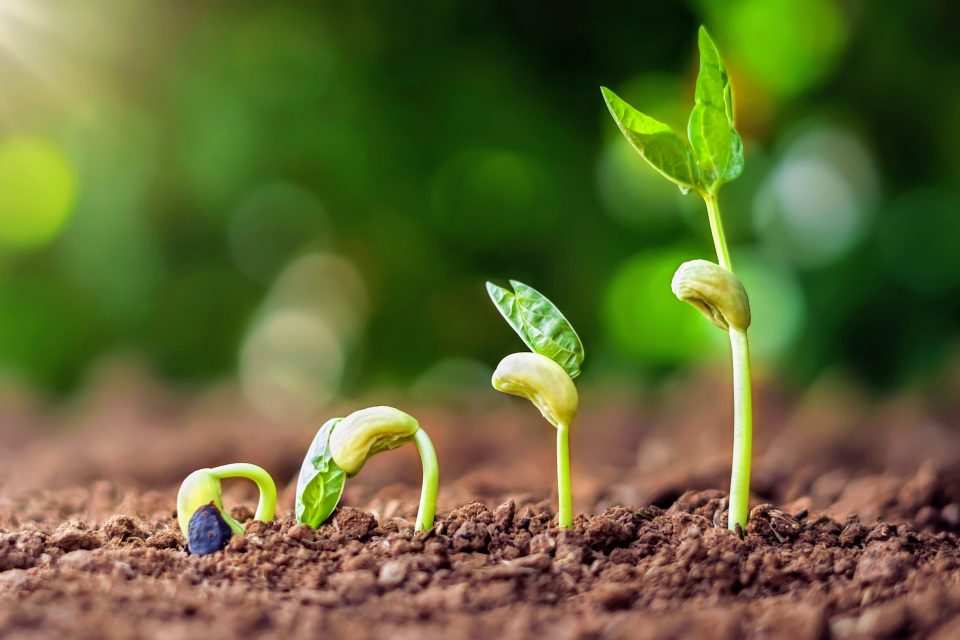 Nitrogen is considered to be the most essential nutrient for plant growth. In a new study focused on the small flowering plant Arabidopsis thaliana, scientists have discovered that plants have a strategy for finding their preferred nutrients by adjusting their root growth.

Study co-author Professor Eva Benková is a developmental biologist and a professor at the Institute of Science and Technology (IST) Austria. She explained that one of the most important questions is understanding the role of plant hormones in adaptation to the nitrogen availability. “How do the machineries within a plant cope with their changing environment?”

To investigate, the researchers compared how Arabidopsis seedlings that were grown exclusively on ammonium reacted once they were transferred to soil containing either ammonium or nitrate.

When living in suboptimal soil, a plant will try to maintain its root growth as long as possible to reach a more suitable form of nitrogen. The processes used to maintain the root growth are the cell proliferation in the meristem, a plant tissue consisting of undifferentiated cells, and the cell expansion. A plant must strike a good balance between these two processes for healthy growth.

The study revealed that when Arabidopsis was provided with ammonium, its less preferred form of nitrogen, the meristem produced fewer cells. Instead, the cells very quickly expanded and elongated.

“Once we moved the plants to the nitrate, suddenly the meristem became bigger, more cells were produced and there was a different kinetics in cell expansion,” explained Professor Benková. “Now Arabidopsis could afford to put more energy into cell division and optimized its root growth differently.”

A plant hormone called auxin determines whether a plant will invest more energy in cell proliferation or cell elongation. Auxin, which is essential for all developmental processes, is transported in a very controlled way from one cell to the next.

Species proteins known as efflux carriers control the transport of auxin out of the cells. These proteins regulate the flow of auxin depending on where they are located within the cell.

Professor Benková and her team were particularly interested in the auxin transporter PIN2, which mediates the flow of auxin at the very tip of the root. The researchers determined that PIN2 primarily controls the balance between cell division and cell elongation. “We observed that once we moved plants onto the nitrate, the localization of PIN2 changes. Thereby, it changes the distribution of auxin.”

The study also revealed that the behavior of PIN2 is influenced by its phosphorylation status. “What really surprised us was that one modification, the phosphorylation of such a big protein like an efflux carrier, can have such an important impact on the root behavior,” noted Professor Benková.

Phosphorylation targets an amino acid of PIN2 that is present in many different plant species, which indicates that PIN2 could be universally involved in plant adaption strategies to changing nitrogen sources. Next, the researchers will investigate the mechanisms which control the change of the phosphorylation status.

The study is published in The EMBO Journal.