Plants have a chemical language that depends on environment, genetics • Earth.com 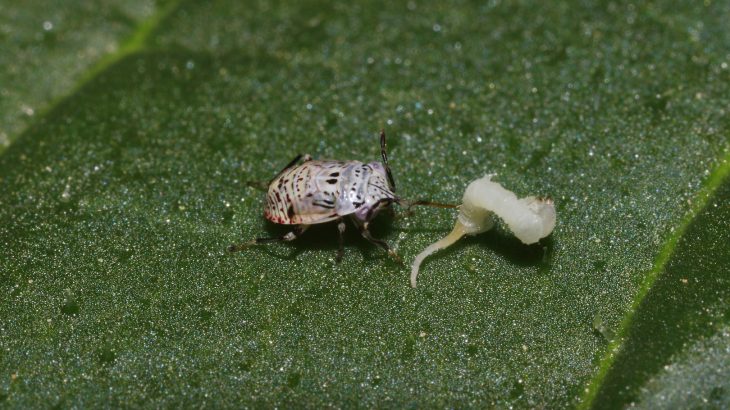 Plants have a chemical language that depends on environment, genetics

A team of scientists from the Max Planck Institute for Chemical Ecology in Jena, Germany investigated the ecological function of the naturally abundant volatile organic compound called linalool via Nicotiana attenuata tobacco plants. Their research revealed that the gene responsible for linalool synthesis and release can vary in plants within the same species, and carries different implications for the way insects react with them.

For example, the detrimental tobacco hawkmoth (Manduca sexta) females prefer to lay their eggs on plants with more naturally-occurring linalool. However, the more linalool a plant releases, the more eggs and larvae were preyed on by other bugs.

The researchers saw a correlation between the rate of tobacco hawkmoth eggs predated by Geocoris bugs and the amount of linalool produced by the respective tobacco plants. And they did not observe a correlation between five similar organic compounds emitted by tobacco plants and the egg predation rate, proving that linalool, functions as the plants’ chemical defense, attracting predatory bugs that attack the larvae.

“Tobacco plants vary a lot in their linalool emission,” said first author Jun He. “If linalool mainly has a defensive effect, that is attracting predators and repelling hawkmoths, we would expect there to be less variation. Obviously, linalool emission is not always advantageous for the plant. Therefore we wanted to explore systematically, which ecological interactions result from differences in linalool production.”

By crossing native plants from Arizona that were high in linalool production with plants from Utah that contained less linalool (a process called “forward genetics”), the scientists were able to identify the enzyme responsible for regulating linalool synthesis in the tobacco plants.

The team found that linalool occurs in two different forms, called enantiomers. The two enantiomers, (R)-(?)-linalool and (S)-(+)-linalool, are almost identical, but their three-dimensional structures are mirror images of each other. Hawkmoths sense that the two enantiomers are different compounds, thus resulting in different effects on the hawkmoth’s behavior.

Knowing this, the scientists tested the effects of both plants on the hawkmoths and found that egg-laying was only partially influenced by a manipulated production of the two linalool enantiomers. It was actually the genetic background, that being, whether a Utah or an Arizona plant had been modified to produce higher levels of linalool, had a larger impact on the moths’ preference.

“It was surprising to us that experimental context mattered even more than the two different enantiomers,” said the study’s designer Richard Fandino.

“Our study showed that moths pay attention to many different features of plants when choosing where to feed or oviposit,” study author Meredith Schuman. “Then, they integrate this information in order to choose among the available plants. Thus, differences in other plant properties as well as the availability of alternative plants and their characteristics, are likely to determine the importance of any individual cue: in this case, linalool.”

This discovery, published in Proceedings of the National Academy of Sciences, could help scientists better understand context-appropriate plant defense against herbivores, which could aid problems in standardized industrial agriculture, like the evolution of resistance to common pesticides.