Plants invest more in their roots when competitors live nearby • Earth.com 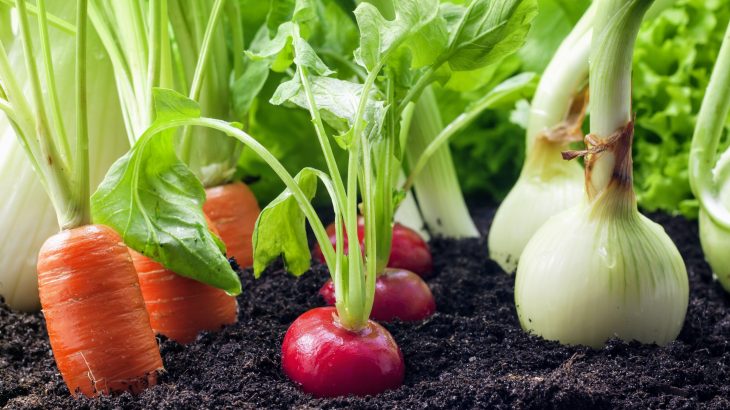 Plants invest more in their roots when competitors live nearby

In a new study from Princeton University, experts report that the way plants compete with each other underground has an effect on food production and climate change. Using computer simulations and a field experiment, the researchers found that plants invest in more dominant roots when they live close to other plants.

Above the ground, plants compete for sunlight by stretching upward and outward, blocking out others in the process. The Princeton study reveals new clues about how plants battle it out with each other underground by changing the way they behave in the presence of competitors.

“This study was a lot of fun because it combined several different kinds of mind candy to reconcile seemingly contradictory results in the literature: a clever experiment, a new method for observing root systems in intact soils and simple mathematical theory,” said study senior author Professor Stephen Pacala.

“While the aboveground parts of plants have been extensively studied, including how much carbon they can store, we know much less about how belowground parts – that is, roots – store carbon,” said study lead author Ciro Cabal, a graduate student in Professor Pacala’s lab. “As about a third of the world’s vegetation biomass, hence carbon, is belowground, our model provides a valuable tool to predict root proliferation in global earth-system models.”

Plants make two different types of roots including fine roots that absorb water and nutrients and coarse transportation roots that carry these resources to where they are needed. A plant makes an investment in not only the volume of its roots, but also in how those roots are distributed throughout the soil.

Plants can either concentrate all of the roots directly beneath the shoots, or spread the roots out horizontally to access the adjacent soil. By spreading the roots out, they run the risk of having to compete with neighboring plants for resources.

Plants do what they need to survive, regardless of how their actions will impact other individuals. The researchers predicted that, in line with natural selection, plants would not choose to cooperate with each other by segregating their root systems to reduce overlap.

To investigate, the researchers grew pepper plants in a greenhouse both individually and in pairs. They dyed the roots of the plants different colors so that they could easily see which roots belonged to which plant. Then, the team calculated the total biomass of each root system and the ratio of roots to shoots, to see whether plants changed how they invested in structures when they had nearby neighbors.

The study revealed that the outcome depended on how close the pairs were planted to each other. When planted very close together, plants became more likely to heavily invest in their root systems to try to outcompete each other for water and nutrients. When they were planted further apart, they were more likely to invest less in their root systems.

The researchers discovered that the pairs of pepper plants were surprisingly cooperative: they increased investment in roots locally and reduced how far they stretched their roots horizontally to reduce overlap with neighbors.