Plants are storing more carbon thanks to nighttime activity • Earth.com 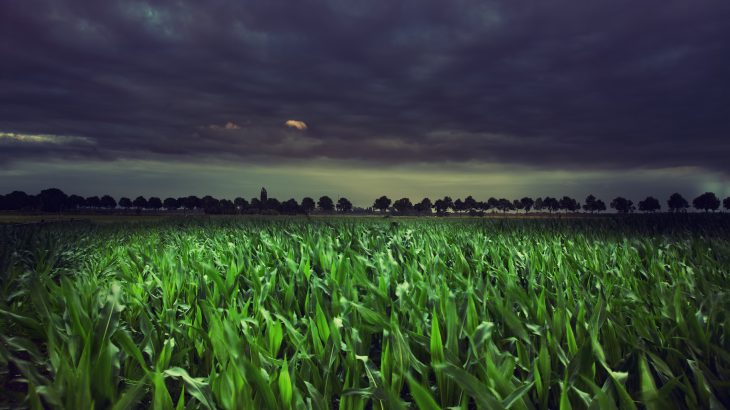 Plants are storing more carbon thanks to nighttime activity

A new discovery at the Department of Energy’s Lawrence Berkeley National Laboratory has revealed that climate scientists should be paying more attention to what happens among plants at night. The experts have found that, in the absence of photosynthesis, plant nutrient uptake is having an effect on greenhouse gas emissions that is not being accounted for in climate models.

Using a land model that they developed and integrated into the DOE’s Energy Exascale Earth System Model (E3SM), the researchers discovered that plants can absorb more carbon dioxide than previously realized. The study also demonstrated that soils lose less nitrous oxide than what has been estimated.

“This is goodish news, with respect to what is currently in the climate models,” said study lead author William Riley, a scientist in Berkeley Lab’s Earth & Environmental Sciences Area. “But it’s not good news in general – it’s not going to solve the problem. No matter what, plants will not keep up with anthropogenic carbon dioxide emissions; it’s just that they might do better than current models suggest.”

Over the past decade, humans have emitted an unprecedented amount of carbon dioxide, averaging 34 gigatons per year. Around half of that CO2 lingers in the atmosphere, while the rest is absorbed by oceans and land. The amount of carbon captured by land varies from year to year depending on factors such as land use, fires, drought, and weather.

The Berkeley Lab findings suggest that, by not accurately accounting for what plants do at night and during the non-growing season, climate models may be substantially underestimating the terrestrial carbon sink and overestimating nitrous oxide release.

To test the new model, study co-author Qing Zhu conducted a meta-analysis of 120 experiments that were focused on the short-term nitrogen uptake by plants.

“We also compared observations of nutrient uptake at nighttime versus daytime and across non-growing seasons,” said Riley. “We’re pretty confident that the basic mechanisms in the model are correct and this meta-analysis and individual site observations back that up.”

The research team determined that a substantial amount of nutrient uptake occurs in the absence of photosynthesis as plants and microbes compete for nutrients.

“The amounts vary a lot by latitude, but in the higher latitudes, such as the Arctic, roughly 20 percent of plants’ annual nitrogen uptake occurs outside the growing season. That goes up to 55 percent for nighttime uptake in the tropics,” said Riley.

“That’s a huge deal for plants and will facilitate atmospheric carbon uptake, and it’s currently completely ignored in most climate models. This type of model improvement will help us better understand implications of future CO2 emissions.”