Plastic pebbles washing up on beaches around the world • Earth.com 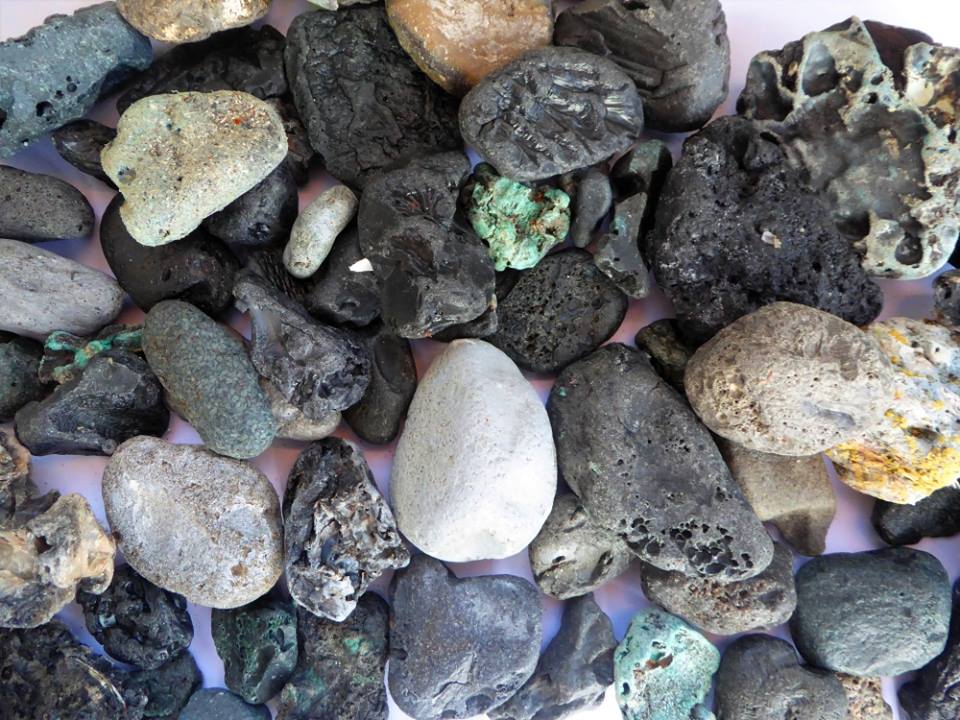 Plastic pebbles washing up on beaches around the world

Hundreds of plastic pebbles have been found on beaches across the world, posing a threat to the health of oceans, wildlife, and humans. The plastic beach stones have been spotted in Cornwall, Devon, Pembrokeshire, Orkney, Spain, Portugal, and Hawaii.

The plastic pebbles, known as plastiglomerate, were first discovered in 2006 by oceanographer Charles Moore while he was surveying plastic on a remote beach in Hawaii.

Experts believe that the main source of the pebbles is plastic that is burned in beach bonfires. After the plastic is melted, it gets tossed around on the beach and mixed with sand, debris, shells, and seaweed. The small stones that result look basically like real pebbles.

According to the Cornish Plastic Pollution Coalition (CPPC), the plastic pebbles could easily make their way into the food chain if they get broken down.

“The danger is that they will become shingle-size and be ingested into the food chain, so they need to be removed like any plastic would be,” CPCC coordinator Delia Webb told BBC News.

“But if people are aware of them we should find more. Cornwall gets hit because of currents coming across the Atlantic and if you are a seasoned beachcomber your eyes get attuned to spotting them.”

The researchers explained that one way to recognize the plastic pebbles is that they float.

Plastic pollution is a problem that will never go away, literally. This is because plastic cannot biodegrade, but instead gradually breaks down into smaller toxic particles known as microplastics.

Plastic is designed for durability, yet 33 percent of all plastic is only used once. According to marinesafe.org, a plastic bottle that holds a single drink will take 450 years to break down into microplastic.

Experts believe that the plastic stones could persist in some form for millions of years if they become buried, creating a geological record of the human pollution of our era.