Plastic pellets used in manufacturing are spilling into oceans • Earth.com 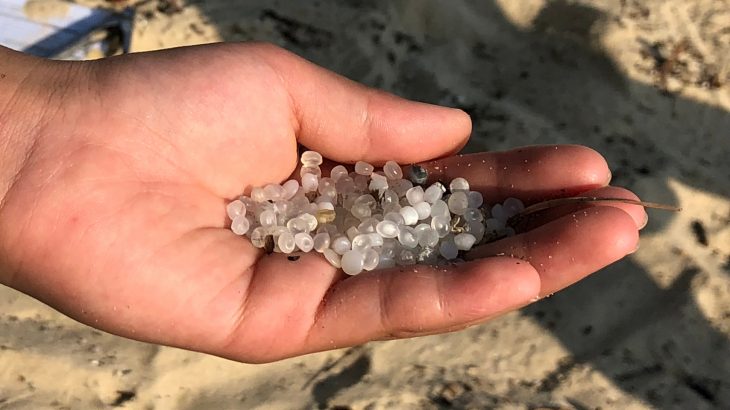 The nonprofit group As You Sow is challenging large corporations to publicly claim responsibility for their role in the growing environmental issue of nurdles, which are small pellets used to make plastic products. Nurdles are spilling over into waterways and accumulating in the ocean in shocking numbers.

According to Time Magazine, billions of nurdles are lost from production and supply chains every year, and the plastic pellets are the second largest source of microplastic pollution in water. Once the nurdles have entered into the environment, they persist and break down into smaller microplastics that are often mistaken for food and eaten by animals.

As You Sow has requested for Phillips 66, Chevron Corp., DowDupont Inc., and Exxon Mobil Corp. to disclose the number of nurdles that are lost during production each year. The group also wants to know how these corporations are dealing with the issue.

Conrad MacKerron is the senior vice president of As You Sow, a group that represents shareholders in protecting human and environmental rights.

“We’ve had information over the last couple of years from the plastics industry, that they’re taking this all seriously,” MacKerron told Time Magazine. “This is really more of a bellwether moment, as to whether they’re serious… if they’re willing to come out, warts and all, and say ‘here’s the situation. Here are the spills that are out there. Here’s what we’re doing about them.’”

These particular companies are already involved in a campaign called Operation Clean Sweep (OCS) Blue, for which they disclose information on the amount of plastic pellets that are shipped, received, spilled, recovered, or recycled. This data, however, is shared confidentially.

Plastic Industry Association spokesman Jacob Barron told Time that “the provision about confidentiality is included to eliminate competitive concerns that might prevent a company from disclosing this information.”

While there is limited information on how much nurdle pollution originates in the United States, the American Chemistry Council is pushing for all U.S. manufacturers to join OCS Blue by 2020.

The Great Nurdle Hunt initiative is calling for every company that uses or transports nurdles to sign the Operation Clean Sweep pledge. To find out what you can do to help with the effort, visit nurdlehunt.org.uk.