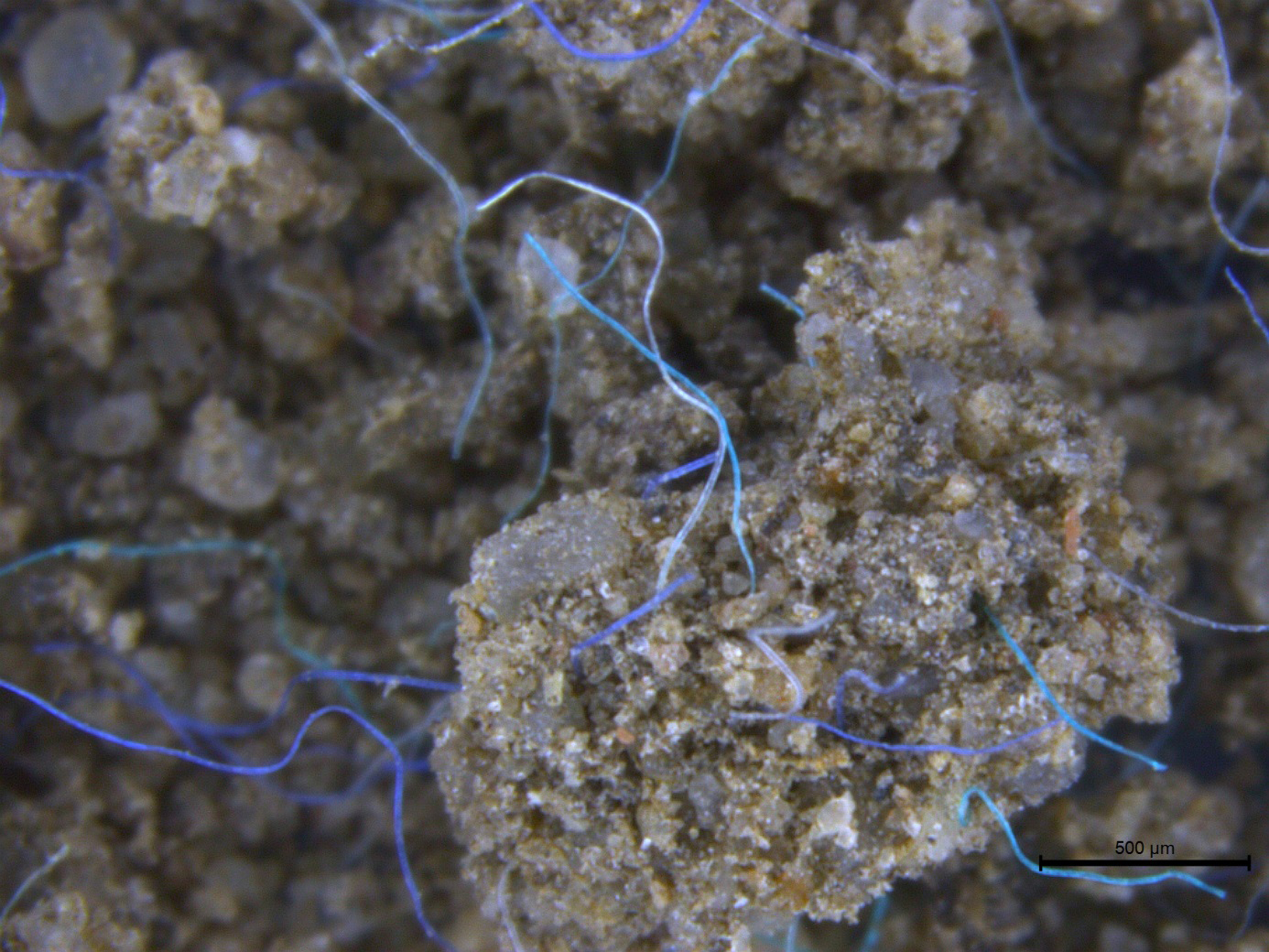 Researchers from the Leibniz-Institute of Freshwater Ecology and Inland Fisheries (IGB) are reporting that plastic particle pollution is just as threatening on land as it is at sea. The experts believe that microplastics are having the same, if not worse, impacts on terrestrial ecosystems compared to marine habitats.

According to the research team, the presence of microplastics in soils, sediment, and in freshwater bodies could have long-term consequences across the globe.

This image features a look at polyacrylic fibers caught in soil.

While the dangers of marine plastic pollution have been widely documented, the IGB researchers set out to investigate the effect of microplastics on land animals.

“Although only little research has been carried out in this area, the results to date are concerning: fragments of plastic are present practically all over the world and can trigger many kinds of adverse effects,” explained lead author Anderson Abel de Souza Machado.

“The previously observed effects of microplastics and nanoplastics on terrestrial ecosystems around the world indicate that these ecosystems may also be in serious jeopardy.”

Over 400 million tons of plastic are produced globally each year, and it is estimated that one third of all plastic waste ends up in soils or freshwater bodies. The majority of this plastic disintegrates into microplastics, which are particles smaller than five millimeters.

Sewage is a major contributor to this issue, due to the fact that 80 to 90 percent of the plastic particles contained in sewage persist in the environment. For example, sewage sludge is often used as fertilizer, which results in the delivery of several thousand tons of microplastics into soils every year.

Microplastics have been detected in fish, salt, sugar, seafood, and beer. The researchers believe that these plastics already commonly exist within terrestrial organisms.

The research from IGB emphasizes a need for more scientific evidence and reliable data on the presence and degradation behavior of terrestrial microplastics in order for an accurate assessment and an effective response.