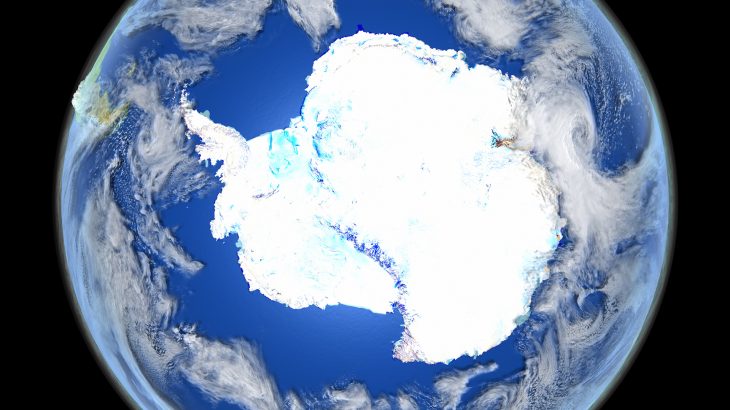 An international team of scientists based at Oregon State University have recorded a two-part communication between Earth’s polar regions. Now known as the Atlantic Meridional Overturning Circulation (AMOC), the communicative process consists of one fast-moving atmospheric channel and another slow-paced oceanic one. AMOC was responsible for the rapid climate change during the most recent ice age about 60,000 to 12,000 years ago, and scientists warn that it may cause an environmental upset again.

The scientists’ study, published in the journal Nature, started with an examination of the layers of volcanic ash embedded in ice cores from various locations around the world. The team then measured temperature shifts by analyzing ratios of water isotopes and then matched their findings with the “Dansgaard-Oeschger” events in Greenland ice cores to figure out the connection between the hemispheres.

The team’s findings map out how AMOC caused a strengthening and weakening of an oceanic current responsible for warming Greenland and Europe. It did so by bringing warm water through the Gulf Stream and into the North Atlantic about 25 times.

According to the lead author of the study, Christo Buizert, an OSU climate change specialist, “The North Atlantic is sending messages to Antarctica on two different time scales. The atmospheric connection is like a text message that arrives right away, while the oceanic one is more like a postcard that takes its time getting there — in this case, 200 years, which makes the postal service look pretty good by comparison.”

When the strengthening of AMOC causes the North Atlantic to warm, Antarctica eventually cools due to the stronger winds, and later, oceanic changes. However, during the last ice age, AMOC currents were weak, which caused the North Atlantic to chill. But every now and again, it would strengthen, rapidly warming Greenland, and causing massive climate shifts in Antarctica — some parts cooled, whereas others warmed.

“This is the first time that you can so clearly see the nuts and bolts of how the climate works on time scales much longer than our meteorological observations,” co-author of the study, Justin Wettstein, an Oregon State atmospheric scientist Justin Wettstein, said. “It allows us to see how Greenland and Antarctica have been connected — spatially and temporally — long before people were running around with thermometers to measure the temperature.”

The team’s modern observations show that the AMOC current is weakening, which is bad news based on the fact that this happened before the last ice age. Scientists predict that during the weakened AMOC, Asian monsoons will lessen in severity, changing wind patterns may lessen the amount of carbon dioxide the ocean can hold, and therefore, the greenhouse effect may worsen.

“The findings also may have implications for the future,” Buizert concluded. “The AMOC is weakening now because of global warming and meltwater from Greenland. The ‘text message’ is being sent and atmospheric conditions are changing. The ‘postcard’ is on the way.”