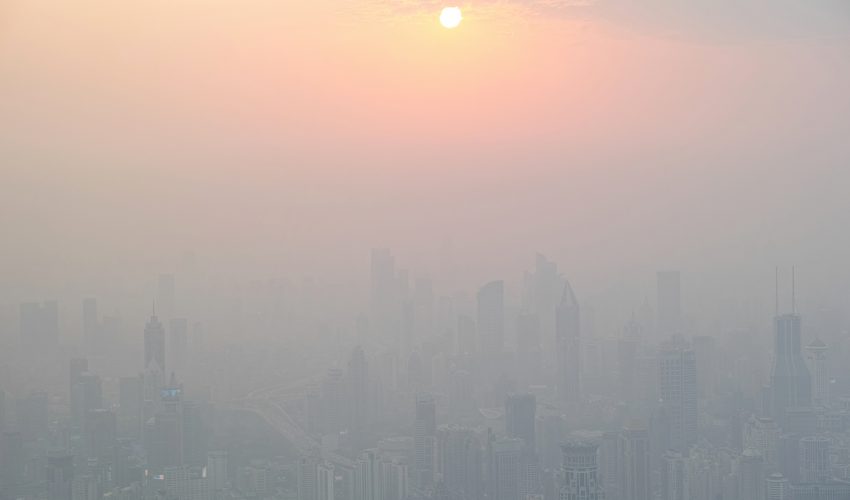 Air pollution in China is impeding the country’s potential for solar energy production as much as total cloud coverage would, according to a new study.

When it comes to solar energy production, many studies have examined how much a hindrance clouds have on power generation. But a new study conducted by researchers from Princeton University is one of the first of its kind to look at the role of pollutants.

China has been looking to rapidly expand its renewable energy production to meet 10 percent of the country’s electricity demands with solar power alone by the year 2030.

But air pollution, especially in the winter, could thwart these efforts, as pollutants in northern and eastern China reduce the potential for solar production by 1.5 kilowatt-hour per square meter per day.

“Developing countries with severe air pollution that are rapidly expanding solar power, such as China and India, often neglect the role of aerosols in their planning, but it can be an important factor to consider,” said Xiaoyuan (Charles) Li, the study’s lead author.

The study was published in the journal, Proceedings of the National Academy of Sciences and calculates how much solar energy is lost due to heavy pollution.

To make those calculations, the researchers used a solar photovoltaic performance model and combined that with data from NASA satellites and instruments that analyze aerosol components in the atmosphere.

The researchers performed nine different analyses spanning from 2003 to 2014, and covered all of China to see how pollution and clouds impacted solar power generation.

If China wishes to meet its solar power energy goals, then serious considerations will have to be made for reducing pollution and cutting aerosol emissions. Not only does pollution hinder solar potential, but it also can cause many adverse health effects including respiratory disease.

The researchers hope to expand their focus to other parts of the world including India for their next project .