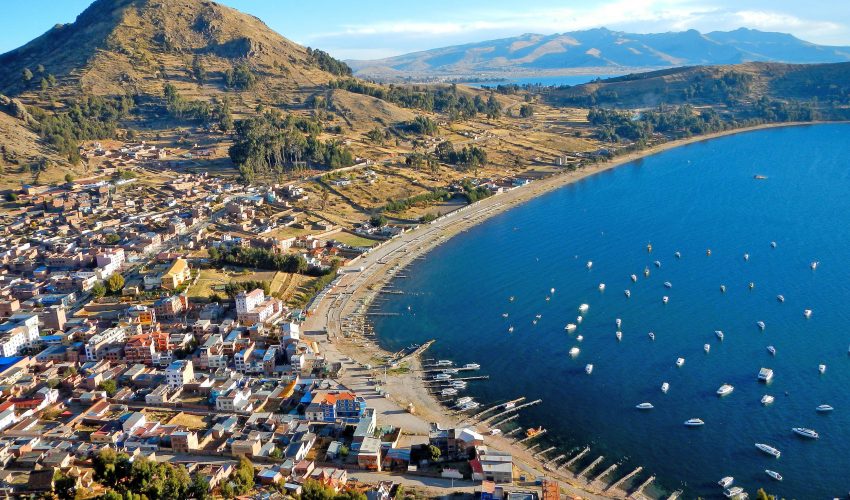 Lake Titicaca is an ancient lake with a distressingly modern problem: pollution.

The lake that straddles the border of Bolivia and Peru was once revered. One of the lake’s islands was believed to be the birthplace of the Incan sun god; another was where the creator god first summoned the moon.

But most recently, it has become a dumping site for trash, and tests have shown high levels of mercury and lead.

That pollution is leading to health problems among Bolivian and Peruvian citizens living along the lake’s shores.

It’s a problem that has floated to the surface for years. Fifteen years ago, an article in National Geographic laid out how residents of the lake’s famed floating islands were competing with – and losing to – commercial fishing operations and pollution.

Back then, residents of the islands were already facing health issues that appeared related to the pollution that is now killing wildlife. Infant mortality was higher than in the rest of Peru and Bolivia. Children, especially those younger than five, had illnesses related to pesticide runoff, untreated sewage, and other pollution in the lake.

A study sponsored by Peru in 2014 tested several types of fish that swim in Lake Titicaca, and that form the bulk of many local residents’ diets. Though the fish form a staple in many diets in the region, they contained dangerous levels of cadmium, mercury, lead and other heavy metals.

It’s not just the humans who are harmed by the pollution. In October 2016, authorities said that more than 10,000 Titicaca water frogs were found floating on the lake’s surface in a mass die-off.

The frogs are believed to be the largest freshwater species of aquatic frog in the world, and spend most of their lives in the lake. Listed as “critically endangered” on the Red List of at-risk species maintained by the International Union for Conservation of Nature, the population of Titicaca water frogs has dropped by about 80 percent over three generations, estimated at about 15 years.

In October, activist Maruja Inquilla Sucasaca took 100 of the dead frogs to the regional capital, Puno.

“No one took the pollution problem seriously until I showed them the dead frogs,” she told The Guardian at that time. “Lake Titicaca used to be a paradise; now we can’t use the water and our livestock die if they drink it.”

There are several contenders for the source of the pollution: a combination of untreated sewage from cities around the lake and runoff from illegal gold mines along the mountains that form the watershed are the most likely.

Juliaca, a popular tourist destination, is another suspect. The city sits next to a river that carries much of the trash it produces down to Lake Titicaca. With hundreds of thousands of tourists visiting each year, it adds up.

In January 2016, the governments of Peru and Bolivia pledged to spend $500 million to clean up the lake. Peru’s president has pitched the idea of building water treatment plants to clean agricultural and mine runoff and untreated sewage out of the water that flows downstream to Titicaca.