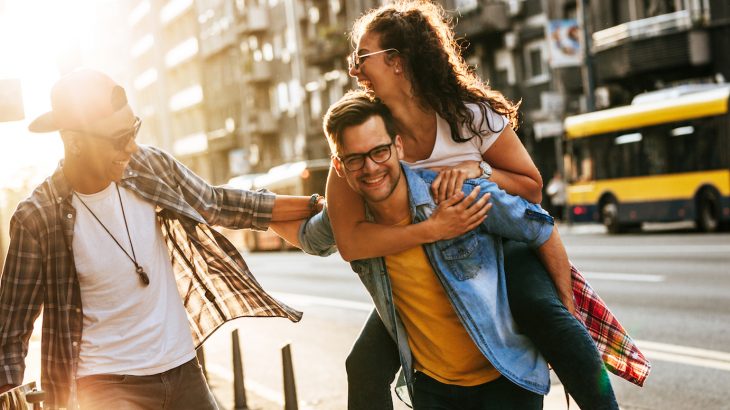 In a new study, researchers from McGill University used Twitter to measure the mood of a city and find out how unexpected events influence mood and risk-taking in city residents.

Twitter and other social media platforms have helped researchers study everything from how partisan politics influence people’s willingness to accept climate science to measuring sleep debt and circadian rhythms in cities across the US.

The millions of tweets that are sent every day are like a long-running diary of the human experience that social scientists can tap into.

The new study was published in the journal PLOS ONE, and the results show that if people in a city are in a good mood after an unexpected event, it increases confidence and risk-taking behavior such as gambling.

The researchers analyzed language used in five million Twitter posts from 2012 through 2013 across six major US cities to determine the mood and overall attitudes conveyed in the tweets.

From this data, the researchers were able to identify a city’s mood on any given day and find out what impacted these mood changes.

The researchers found that unexpected positive outcomes like a sunny day after a week of rain or a surprising win from a local sports team could predict a positive city mood and even risk-taking to some extent.

“We have found that Twitter users serve as the ‘canaries’ of their communities,” said Johannes Eichstaedt, a co-author of the paper. “What they say on Twitter is representative of the mood shared on the streets and in the local communities. So, using artificial intelligence, we were able to extract information about the mood of the community as a whole from what those on Twitter say.”

Previous research has shown that a positive mood increases risk-taking behavior in people and the researchers expanded on this concept to see how city moods correlated with risk-taking.

In Chicago and New York, the researchers found that an increase in lottery ticket purchases was linked to positive city moods.

“By using social media data we were able to examine the impact of collective events upon subjective well-being at the scale of large cities,” said Ross Otto, the lead author on the paper. “This information about how fleeting city moods are tied in with risk-taking behavior could potentially help those who want to discourage others from gambling decide when their responsible gambling promotion efforts will be most needed.”