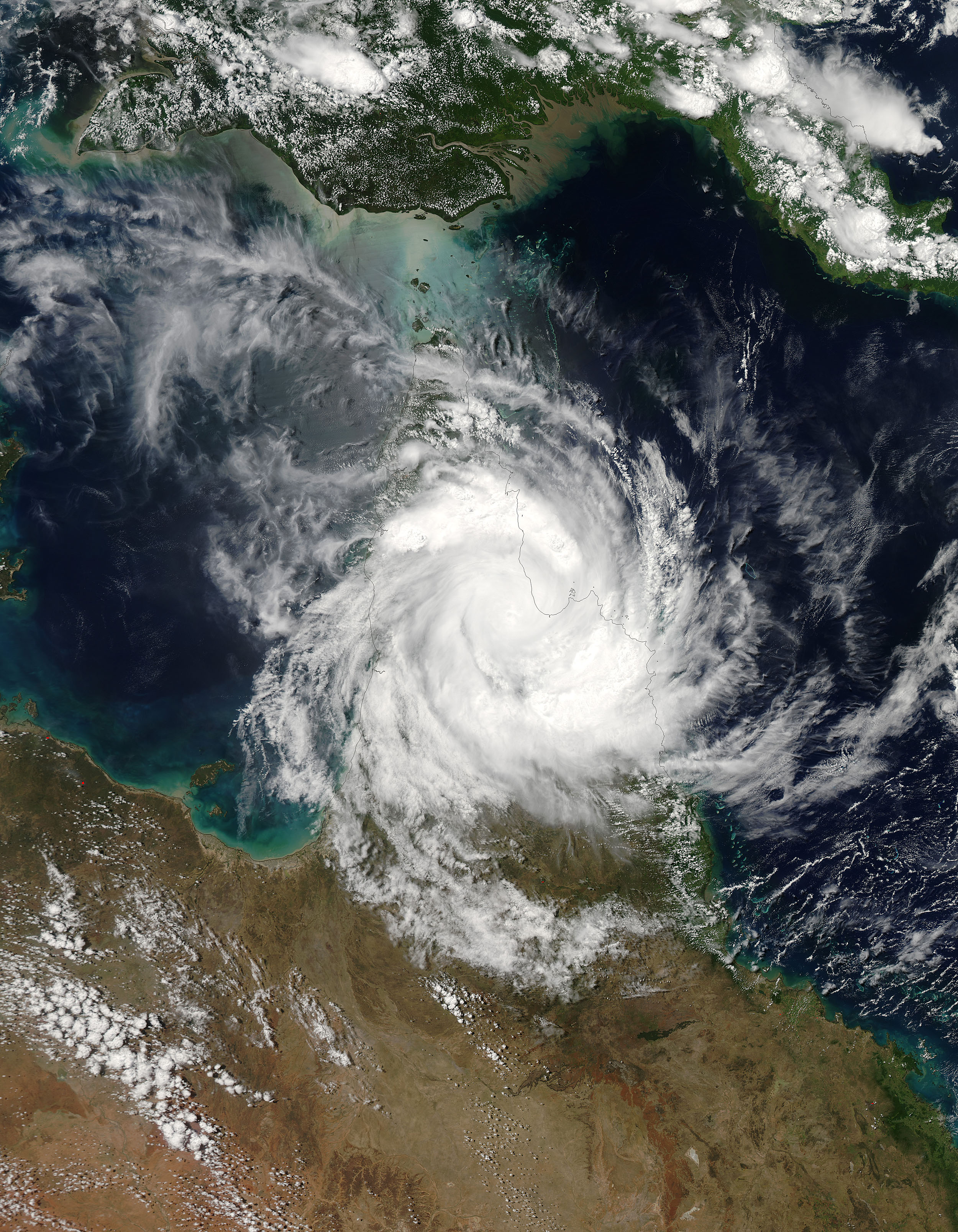 Many people know that tropical cyclones and hurricanes cause high winds and storm surges. But two of their other effects, heavy rainfall and inland flooding, can be just as dangerous and impact larger areas.
Most recently, inland rainfall produced by Hurricane Matthew has caused record flooding in North Carolina, with the levels of some already swollen rivers and streams continuing to rise.

According to the National Oceanic and Atmospheric Administration (NOAA), more than 50 percent of the deaths associated with hurricanes from 1970 to 2004 were caused by fresh water flooding. And from 1981 to 2011, hurricane damage accounted for almost half–$417.9 billion–of the total monetary damage from all weather and climate disasters during that same time period (adjusted for inflation to 2011 dollars).

With the goal of providing basic information to help improve preparedness and mitigation efforts, new University of Iowa-led research published online in September in the Journal of Hydrology examined how accurate current forecasting systems are in predicting rainfall from North Atlantic tropical cyclones that reach land in the United States.

Comparing five state-of-the-art weather prediction models, researchers found current models can forecast both where and how much rainfall a tropical cyclone will produce up to two days in advance. However, the forecast’s accuracy decreased significantly when the prediction window increased to five days. The researchers’ findings were based on 15 North Atlantic hurricanes that came within at least 500 kilometers of the U.S. coastline from 2007 to 2012.

Gabriele Villarini, UI associate professor of civil and environmental engineering and corresponding author on the paper, says researchers honed in on predicting the impacts of tropical cyclones because that information is generally more useful than typical forecasts that predict how many storms are expected in a season.

“The more specific the information we can provide is, the more useful it will be. This is why we have been moving toward predicting U.S. landfalling tropical cyclone activity and the associated rainfall,” he says.

Villarini, also an associate research engineer at the UI’s renowned Iowa Flood Center, says while a 48-hour lead time is a good starting point in terms of warning, he will continue to conduct more research to improve these predictions.

“By improving our understanding of the processes that drive tropical cyclones and hurricanes, we will be better positioned to improve our ability to forecast these events and their impacts with longer and longer lead times,” he says.

Gabriel Vecchi, head of the climate variations and predictability group at NOAA’s Geophysical Fluid Dynamics Lab and another author on the paper, says decades of weather prediction data show that forecasts have improved–and will improve–as scientists learn more about hurricanes.

“We can’t do anything about the past,” he says. “The goal of this work is to provide better information in the future.”

Vecchi, who has collaborated with Villarini on several research projects, says he values the expertise in flooding and hydrology that Villarini and the Iowa Flood Center bring to their partnership.

“This is one of these examples of interdisciplinary work that has been incredibly fruitful,” he says.

The paper also was authored by Beda Luitel while he was a graduate student at the UI.

The Iowa Flood Center, IIHR­-Hydroscience and Engineering, the National Science Foundation, and the U.S. Army Corps of Engineers Institute for Water Resources funded the work.