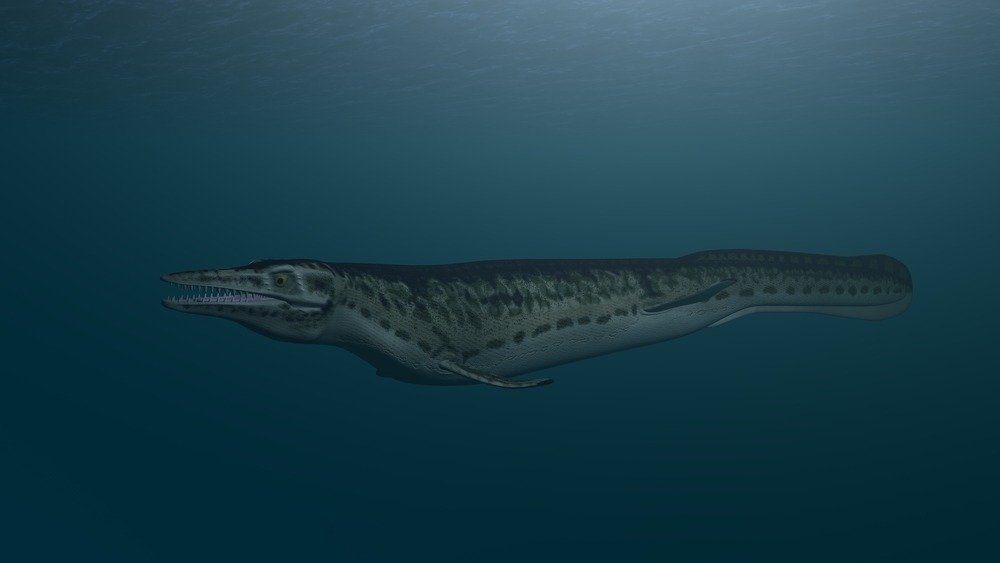 Scientists discovered the four-foot-long skull of a new mosasaur species on Seymour Island off the coast of Antarctica in 2010. The fossil remains of the prehistoric sea monster indicates it is the largest species of mosasaur to have lived in the Southern Hemisphere.

Mosasaurs were gargantuan sea lizards that hunted the reptilian ancestors of whales and other large sea creatures. Fossil specimens have been found throughout the world, from the United States and Canada to Europe, the Middle East, Africa and beyond. Several partial sets of juvenile remains have been discovered off the coast of Antarctica since 1998.

But the mosasaur that once owned the skull discovered in 2010, dubbed Kaikaifilu hervei after Mapuche legends of a sea monster named Kai-Kai Filu that battled a giant land-based reptile, is about twice the size of other fossilized skulls found in the region. K. hervei is believed to have been 33 feet long.

While the leviathan was alive, the Antarctic seas would have been much warmer. It likely hunted marine reptiles similar to modern whales. The whale-like reptiles, known as pleisosaurs, were abundant in the Antarctic waters.

Like modern whales, mosasaurs like K. hervei appear to have been descendants of land-based creatures that returned to the ocean and evolved to live there.

The mosasaurs disappeared at the end of the Cretaceous Period, around the time of a suspected asteroid impact in Mexico that triggered a mass extinction.

This prehistoric mosasaur fossil helps paleontologists gain a better understanding of biological diversity in the Southern Hemisphere prior to that extinction event, and how it developed differently from similar creatures in the Northern Hemisphere.

The newly discovered species was described by researchers in the journal Cretaceous Research.