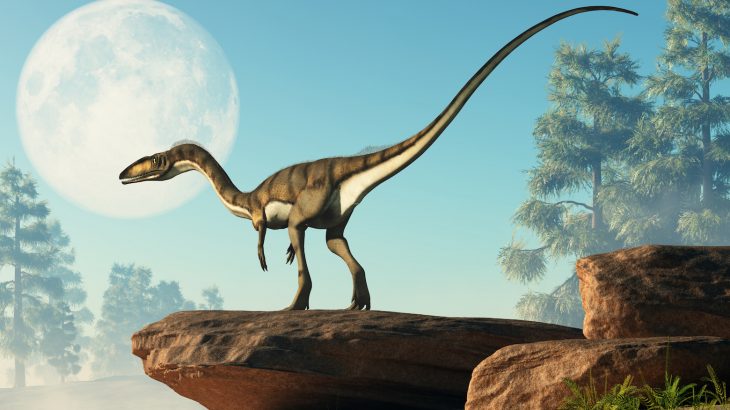 Paleontologists have found an extremely rare set of dinosaur footprints from tens of millions of years ago that still contain well-preserved skin. The tiny footprints, which measure about an inch in length, were discovered at a site near Jinju City in South Korea and date all the way back to the Cretaceous Period.

The tracks were left behind by a Minisauripus, which is a small theropod about the size of a blackbird. According to the researchers, this is the 10th discovery of Minisauripus footprints and the first-ever tracks found to contain traces of skin. 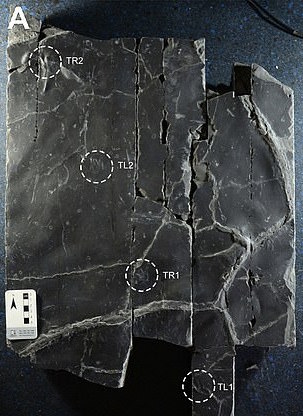 Even though less than one percent of the imprints still have skin present, impressions of the skin were reportedly found across all of the tracks. The findings indicate that a rain shower had just occurred before the impressions were made.

“The tracks were made on a very thin layer of fine mud, rather like a coat of fresh paint only a millimeter thick,” said study co-author Martin Lockley. “These are the first tracks ever found where perfect skin impressions cover the entire surface of every track.”

The prints were first spotted by Dr. Kyung-Soo Kim, a professor in the Department of Science Education at Chinju National University of Education, and were nearly missed altogether. During large-scale excavations, Dr. Kim noticed five of the tiny tracks in a broken slab. 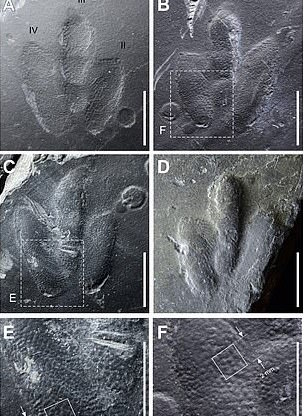 The skin texture of the dinosaur’s foot was perfectly preserved. The study authors compared the skin texture to a medium grade of medium sandpaper, but with half-millimeter-wide scales arranged like a woven fabric.

The research expands the known range of the Minisauripus, and the discovery is considered to be the earliest documentation of the small dinosaurs in Korea. The unique set of 95 footprints may help to settle the debate of whether tiny tracks such as these represent small species or the juveniles of large species.