Dinosaurs had special nasal passages that helped them cool off • Earth.com 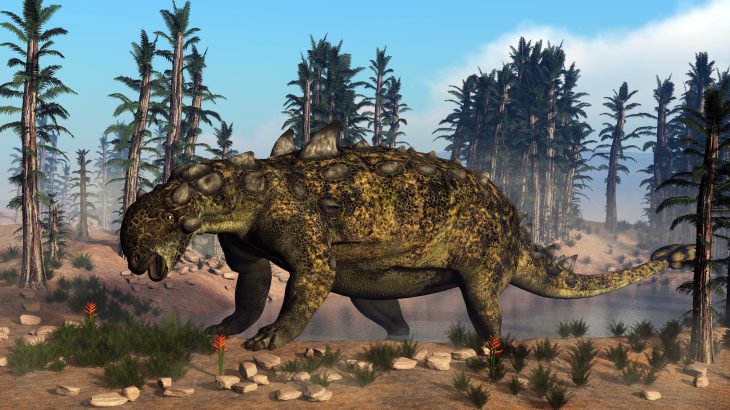 Dinosaurs had special nasal passages that helped them cool off

Size was definitely an advantage during the Cretaceous period when giant dinosaurs ruled the Earth. But although bigger was better in some instances, it also came with some considerable hurdles, like overheating.

Large dinosaurs like Panoplosaurus and Euoplocephalus, two species of ankylosaurs, were particularly at risk of overheating because of how little surface area their bodies had in comparison to their volume.

Combine this fact with the hot Cretaceous climate and you have the perfect recipe for heatstroke, which is what can happen when the body overheats and warm blood from the core is sent up to the brain.

Researchers from Ohio University and Arkansas State University’s New York Institute of Technology College of Osteopathic Medicine discovered the underlying mechanisms that prevented large dinosaurs from overheating and the answer lies in their nasal passages.

Ankylosaurs, a group of club-tailed dinosaurs, had built-in air conditioning thanks to their twisty nasal passages, according to the study published in the journal PLOS ONE.

“The huge bodies that we see in most dinosaurs must have gotten really hot in warm Mesozoic climates,” said Jason Bourke. the lead author of the study. “Brains don’t like that, so we wanted to see if there were ways to protect the brain from cooking. It turns out the nose may be the key.” 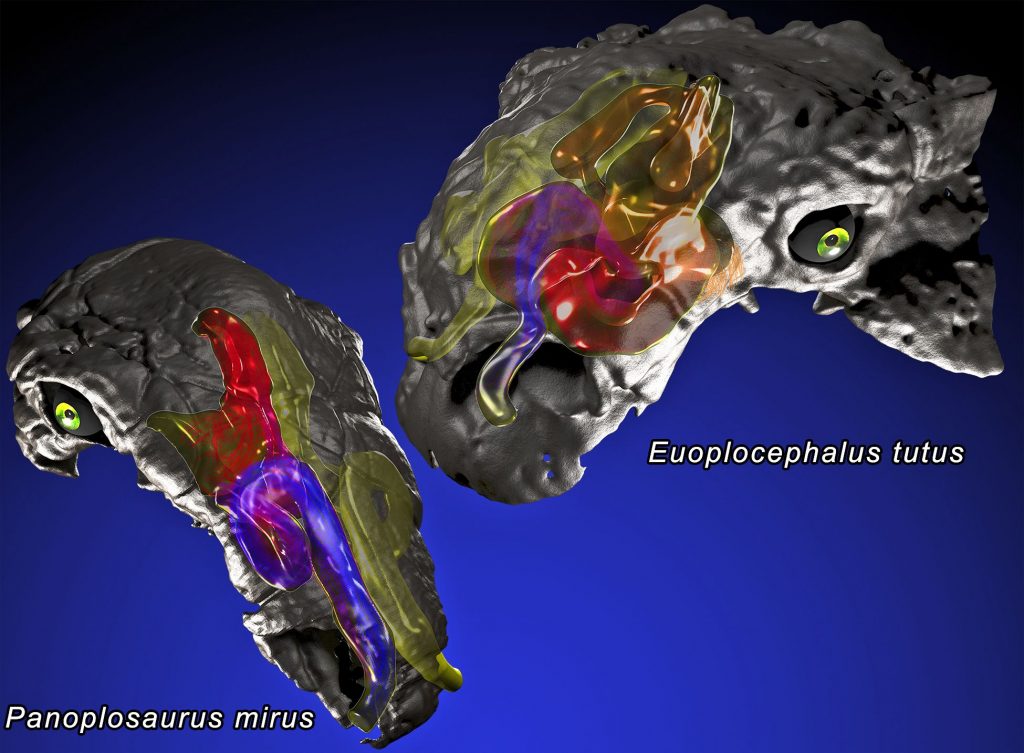 The nose is a delicate appendage that does much more than just smell. It also helps trap bacteria and foreign bodies as well as making sure air is moist and at an ambient temperature before it reaches the lungs.

Ankylosaurs had long, coiled nasal passages similar to a crazy straw, but the reason as to why remained unknown until now.

The researchers created an ankylosaur model using different sizes of nasal passages and simulated air movement to see if the length and shape of the coiled nasal passages made a difference in air flow and temperature.

“When we stuck a short, simple nose in their snouts, heat-transfer rates dropped over 50 percent in both dinosaurs. They were less efficient and didn’t work very well,” said Bourke.

The study provides some key insights into how the dinosaurs kept cool despite their huge mass and size.

“When we look at the nasal cavity and airway in dinosaurs, we find that the most elaborate noses are found in the large dinosaur species, which suggests that the physiological stresses of large body size may have spurred some of these anatomical novelties to help regulate brain temperatures,” said Lawrence Witmer a co-author of the study.