Primal instincts kick in when a threat appears too close • Earth.com 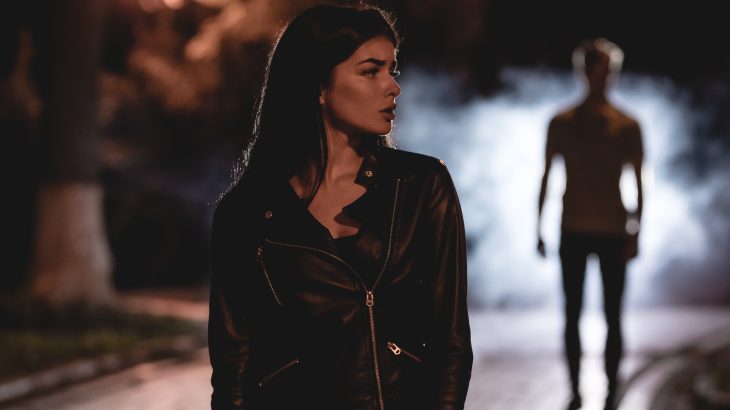 Primal instincts kick in when a threat appears too close

The brain responds to a perceived threat differently when it is close compared to when it is far away, according to a study from Duke University. Problem-solving areas of the brain get involved when a threat is far away, but when it is too close, a primitive type of fear takes over.

The researchers used virtual reality and MRI imaging to investigate the neural networks involved when the brain perceives a distant threat versus a threat that is up close and personal.

The reaction to a faraway threat engages regions of the brain used for processing information and planning. Because this type of logic is absent in response to close-up threats, the fear associated with them is harder to extinguish and can lead to long-term stress.

“Clinically, people who develop PTSD are more likely to have experienced threats that invaded their personal space, assaults or rapes or witnessing a crime at a close distance. They’re the people that tend to develop this long-lasting threat memory,” said study senior author Professor Kevin LaBar. “We’ve never been able to study that in the lab because you have a fixed distance to the computer screen.”

“It’s like an IMAX experience,” said Professor LaBar. “The threatening characters popped out of the screen and would either invade your personal space as you’re navigating this virtual world, or they were farther away.”

The participants were placed in the MRI machine as they virtually explored one of two settings: a dark alley or a brighter, tree-lined street.

The appearance of a “threat avatar” two to ten feet away induced fear and activated midbrain “survival circuitry.” The closer threats engaged the cerebellum, and the persistence of this signal predicted how much fear was reinstated on the second day of the trial.

The more distant shocks triggered greater connectivity between the amygdala, hippocampus, and brain regions of the prefrontal cortex related to complex planning and visual processing. The researchers pointed out that these areas of the brain are involved in thinking one’s way out of a situation and coping.

The nearby threats proved harder to eliminate after they were no longer present, while the farther threats were found to be much easier to forget.

According to Professor LaBar, understanding the brain’s response to trauma at this level could point to new therapies for PTSD.

“We think that the cerebellum might be an interesting place to intervene. Clinically, it’s a new interventional target. If you can somehow get rid of that persistent threat representation in the cerebellum, you might be less likely to reinstate (the fear) later on.”