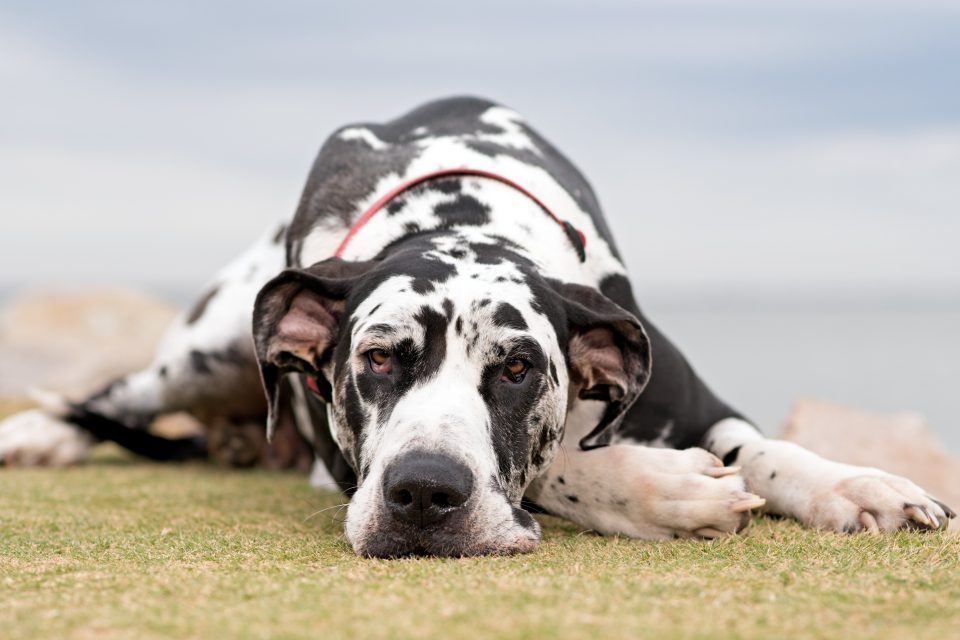 A recent study on Great Danes has revealed new clues about the genetic causes of fear. The findings suggest that fear-related mechanisms are present in genes associated with anxiety and brain development.

The Great Dane is one of the largest dog breeds in the world. These animals are incredibly loyal and friendly, but they also have a tendency to experience separation anxiety and fear.

Researchers at the University of Helsinki set out to investigate the fearful nature of Great Danes after speaking with owners who had observed concerning levels of fear among their dogs, particularly around unfamiliar people.

“Fear in itself produces a natural and vital reaction, but excessive fear can be disturbing and results in behavioral disorders,” explained Dr. Riika Sarviaho.

“Especially in the case of large dogs, strongly expressed fearfulness is often problematic, as it makes it more difficult to handle and control the dog.”

Anxiety and fear in dogs can lead to generalized anxiety disorder and various phobias. Dogs often express fear in their actions, such as attempts to flee a frightening situation. Fear can become so overwhelming to dogs that they become aggressive.

For the investigation, more than 100 Great Dane owners completed behavioral surveys and rated the intensity of fear they witnessed in their dogs.

The researchers analyzed genetic data on dogs who scored the highest in fearfulness, and identified a genomic region associated with fear in chromosome 11.

The researchers also conducted a separate analysis to account for external factors that may have influenced the fear observed in Great Danes, such as socialization carried out in puppyhood or introduction to new people.

“In the case of behavioral studies, it’s important to keep in mind that, in addition to genes, the environment has a significant impact on the occurrence of specific traits,” explained Dr. Sarviaho.

“For dogs, the socialization of puppies has been found to be an important environmental factor that strongly impacts fearfulness. In this study, the aim was to exclude the effect of puppyhood socialization and, thus, observe solely the genetic predisposition to fearfulness.”

Upon further genetic analysis, the experts were unable to pinpoint a specific gene variant that predisposes dogs to fearfulness.

“Although no actual risk variant was identified, the genomic region itself is interesting, as it contains a number of genes previously associated in various study models with neural development and function, as well as anxiety,” said Professor Lohi.

In humans, the genes that correspond with those found to promote fear in dogs are linked to a rare syndrome. The condition causes neurological symptoms and accelerated growth in childhood.

“Research on the topic is only at the early stages and findings have to be carefully interpreted, but it’s interesting to note, when focusing on a particularly large dog breed, that the genomic region associated with fearfulness appears to have a neurological role as well as one related to growth,” said Dr. Sarviaho.

The study supports the theory that fearfulness and anxiety are inherited traits. Further research is needed to confirm the relevance of the findings with a more extensive dataset.

The study is published in the journal Translational Psychiatry.