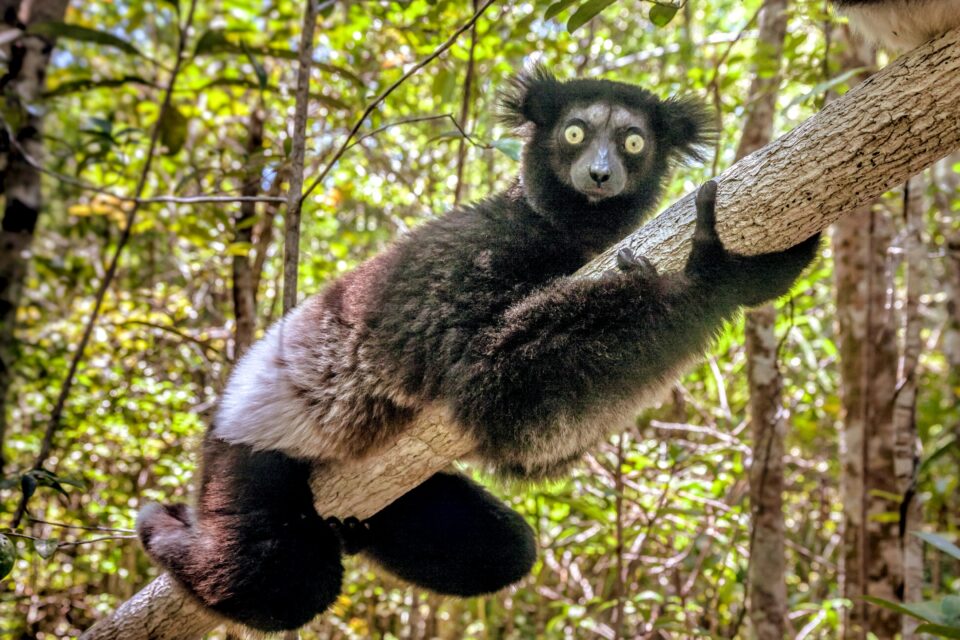 Although songbirds share the human sense of rhythm, such musical abilities are rare in non-human mammals. A new study led by the Max Planck Institute of Psycholinguistics (MPI) has found that one of the few “singing” primates, the critically endangered lemur Indri indri, has a similar sense of rhythm as humans.

“There is longstanding interest in understanding how human musicality evolved, but musicality is not restricted to humans,” said study co-author Andrea Ravignani, a researcher at MPI. “Looking for musical features in other species allows us to build an ‘evolutionary tree’ of musical traits, and understand how rhythm capacities originated and evolved in humans.”

Over a period of 12 years, Ravignani together with colleagues from MPI and the University of Turin, visited the rainforest of Madagascar to record songs from 20 indri groups living in their natural habitat. Members of indri groups tend to sing together in harmonized duets and choruses.

The researchers found that indri songs have a categorical rhythm, with intervals between sounds having the same duration (1:1 rhythm) or double duration (1:2 rhythm). Such rhythms make a song recognizable even if it’s sung at different speeds.

Besides the fact that indri songs had the classic rhythmic categories, they also exhibited the typical “ritardando” or slowing down found in several music traditions. Although male and female songs had different tempos, they showed the same rhythm. This is the first evidence of a human rhythmic universal in a non-human mammal.

“Categorical rhythms are just one of the six universals that have been identified so far,” explained Ravignani. “We would like to look for evidence of others, including an underlying ‘repetitive’ beat and a hierarchical organization of beats – in indri and other species.”

The scientists encourage other researchers to collect more data on indri and other endangered species, “before it is too late to witness their breath-taking singing displays.”