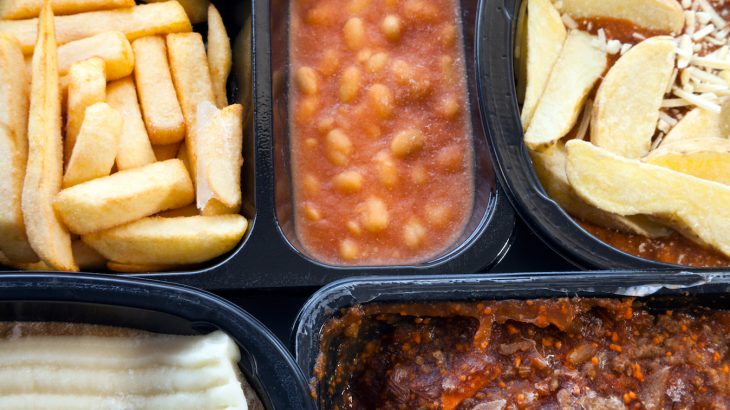 The obesity epidemic is real, and poses a tangible threat to countries with high rates of obesity – such as the U.S. and Mexico. One of the suspects behind this epidemic has been the increased consumption of processed foods over the last half-century. But although scientists believe this to be the case, studying dietary habits is complex and a direct connection has yet to be made.

Now, a new study in the journal Cell Metabolism has found supporting evidence from the first randomized, controlled trial that directly compared differences in calorie consumption and weight gain for an unprocessed versus ultra-processed diet.

The study involved 20 healthy volunteers being admitted to the National Institute of Health’s Metabolic Clinical Research Unit for a month, where they received either an unprocessed diet or ultra-processed diet for two weeks, and then switched. Participants were allowed to eat as much as they wanted, and the number of calories consumed was measured.

The results of this study were clear; when the two diets were matched for the amount of carbohydrates, fat, sugar, salt, and calories, people on the ultra-processed diet consumed more food and gained more weight. In the two weeks they were given ultra-processed food, participants ate an average of 508 calories more per day and had an average weight gain of two pounds.

“I was surprised by the findings from this study, because I thought that if we matched the two diets for components like sugars, fat, carbohydrates, protein, and sodium, there wouldn’t be anything magical about the ultra-processed food that would cause people to eat more,” says Kevin Hall, a section chief in the Laboratory of Biological Modeling at the National Institute of Diabetes and Digestive and Kidney Diseases within the National Institutes of Health and lead author of the study. “But we found that, in fact, people ate many more calories on the ultra-processed diet, and this caused them to gain weight and body fat.”

There is a number of potential reasons why people on the ultra-processed diet ate more food. One is that while on this processed diet, they tended to eat faster.

“There may be something about the textural or sensory properties of the food that made them eat more quickly,” explains Hall. “If you’re eating very quickly, perhaps you’re not giving your gastrointestinal tract enough time to signal to your brain that you’re full. When this happens, you might easily overeat.”

Another potential factor is that – while the diets were matched as closely as possible – the unprocessed diets contained a little more protein. “It could be that people ate more because they were trying to reach certain protein targets,” says Hall.

Future studies will attempt to account for these factors and delve deeper into the mechanisms behind the increase in calorie consumption. But for now, if your goal is to lose weight before the heat of the summer truly begins, you may want to limit the processed foods to eat.