Scientists uncover the genes that give pufferfish their protective spikes • Earth.com 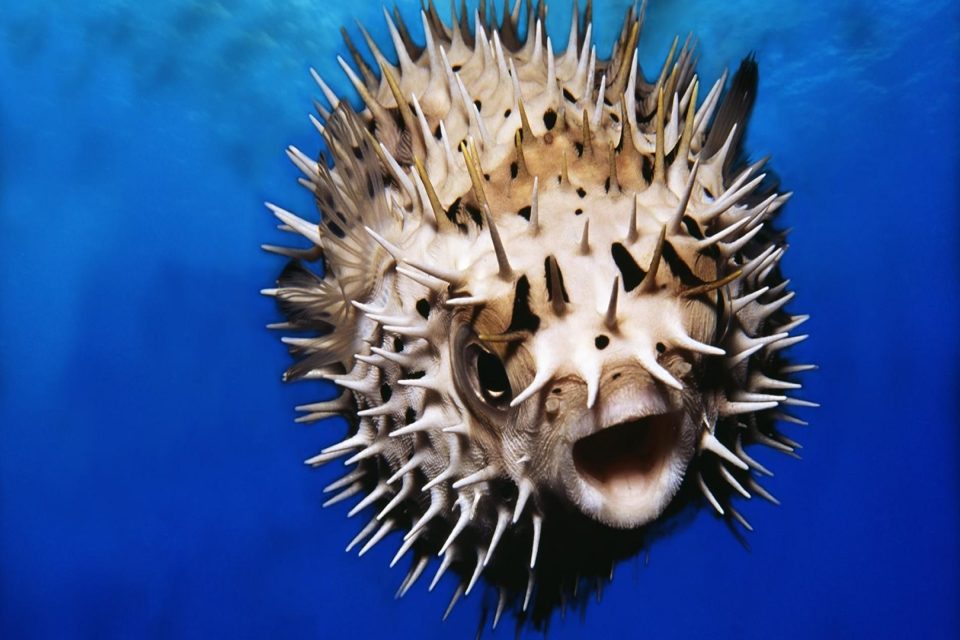 Scientists uncover the genes that give pufferfish their protective spikes

In a new study published by Cell Press, scientists have identified the genes that give pufferfish their spiky skin structures known as spines. The researchers discovered that the development of pufferfish spines is similar to the process by which birds get their feathers or other animals grow hair.

“Pufferfish are some of the strangest fish in the ocean, particularly because they have a reduced skeleton, beak-like dentition and they form spines instead of scales–not everywhere, but just in certain patches around the body,” said study co-author Professor Gareth Fraser of the University of Florida.

When the researchers analyzed the evolution of pufferfish spines in embryos, they initially expected to find that the spines formed from scales. However, they found that the spines are developmentally unique from scales. The experts also discovered that the growth of pufferfish spines depends on the same network of genes that are commonly expressed in the feathers and hairs of other vertebrates.

“It just blows me away that regardless of how evolutionarily-different skin structures in animals are, they still use the same collection of genes during development,” said Fraser.

Using CRISPR and other editing techniques, the researchers blocked particular genes that are classic markers of skin appendage development. This reduced the number of spines that appeared on the pufferfish, and loosened the restriction on where the spines grew. According to Fraser, the spines are usually localized to specific areas on the pufferfish to enhance protection.

“When pufferfish inflate by ingesting water or in some cases air, their skin becomes stretched, especially around the abdomen and is more susceptible to damage, such as being torn,” said Fraser. “Spines reinforce the puffed-up abdomen. In extreme cases, some pufferfish have lost all other spines on their body and retain only the abdominal spines.”

“What really drives these changes, in terms of loss or gain of spines, is multifactorial, but the shifts in spine coverage and morphology may allow pufferfish to take advantage of new ecological niches that are available to them. As the climate changes and environments become different, pufferfish may use these evolving traits to tolerate and adapt to change.”

By sequencing the genome of the pufferfish, the team hopes to ultimately identify the differences that allow for the diversity in spine coverage and the transition from scales to spines.

“We can manipulate different things associated with pufferfish diversity, which gives us clues about the function of genes that are necessary for normal development and helps us understand the evolution and patterns of pufferfish spines,” said Fraser. “Pufferfish are wildly-derived fish that are incredibly different from other groups, and ultimately, we want to see if there’s something specific to the genome of the pufferfish that can provide clues to suggest mechanisms that allow them to create these weird structures.”