The inner space race: Getting to the deepest places on Earth • Earth.com 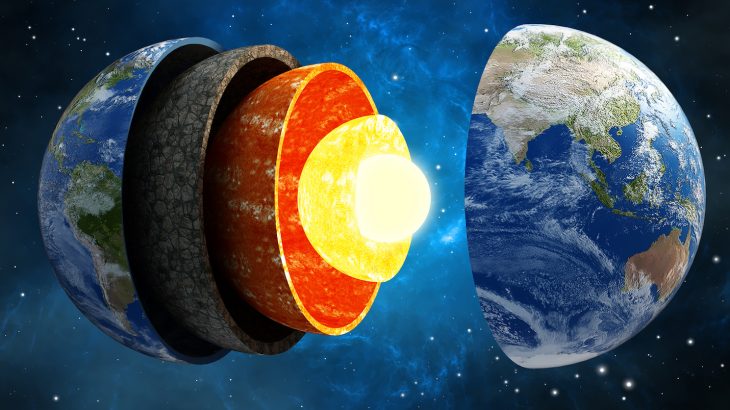 The inner space race: Getting to the deepest places on Earth

The famous space race refers the international exploration competition that got the most publicity in the United States.  There are of course many other examples of countries racing to plant a flag somewhere, if for nothing more than saying they were first and the chance at scientific discovery.

The race to the South Pole between Roald Amundsen of Norway and Robert Falcon Scott of Britain in 1911 to 1912 is one of the earliest and most famous examples of explorers racing to a goal for a nation’s glory.  The long term competition between explorers often sponsored by national governments to be the first to summit Mount Everest is another good example of this type of exploration. Further from the limelight, there’s another exploration race that still hasn’t been concluded.  This less known race is a race between explorers and scientists going on literally underground.

Project Mohole was started in 1958 as a US government-backed program to drill to the Earth’s hotter mantle below the crust.  The project was ambitious in its hope to physically access a part of the Earth never before contacted by humans.

The payoff for drilling through the earth’s crust of course would be scientific discovery.  We could learn much about the age of the earth, continental drift and the makeup of the earth itself.  When project Mohole was first started, continental drift was still controversial. Drilling into earth would in fact be a way to verify much that is theoretical in geology.

Project Mohole was named for the Mohorovicic Discontinuity, which marks the boundary between the earth’s crust and the earth’s mantle.  It was decided that Project Mohole was to be undertaken in the seafloor rather than on land. It was thought that drilling equipment at that time wouldn’t hold up to the depths and temperatures involved in drilling on land.

NationalAcademies reports that the first stage of Project Mohole was a success.  A test hole was drilled off the coast of La Jolla California, already a hot spot for oceanographic research.  Drilling was then moved off of Guadalupe Mexico, where five holes were drilled, one to a depth of 601 feet below the seafloor.  Eventually changes in leadership and a request to congress for additional funding that was denied shelved Project Mohole. The whole project never got past stage one of three final stages and was ended in 1966.  But the US wasn’t the only country that had a project aimed at drilling deep into the Earth.

In 1970, scientists from the Soviet Union began their own drilling project.  The end result of the Soviet attempt is the Kola Superdeep Borehole. This land based drilling project on the Kola peninsula reached a greater depth than Project Mohole, being the deepest borehole in the world in terms of true vertical depth, measuring  40,318 feet, according to Wikipedia.

This was achieved by branching from a central borehole.  It was also possible to drill to these depths because the borehole was only 9 inches in diameter.  According to Smithsonian Magazine, one of the discoveries of Kola was microscopic fossils four miles deep in the earth.  The Kola Superdeep Borehole was abandoned in 1995 after the Soviet Union dissolved and is now just a ruin sometimes visited by the curious.  Other projects were inspired by Kola Superdeep Borehole and perhaps by project Mohole as well.

The KTB Superdeep Borehole, initiated by the German Continental Deep Drilling Programme, drilled to about 28,859 feet deep and the borehole is still open for scientific research.  For people like me, the most interesting subterranean exploration race is taking place in caves, where explorers still risk their lives and fortunes against the natural elements.

A different race to the naturally deepest place on the Earth has been taking place in caves.  American engineer Bill Stone has long been convinced that Sistema Huautla in Mexico might be the deepest cave in the world.  Exploring Sistema Huautla has required weeks underground at a time, climbing, SCUBA diving and even the deaths of some team members.

Some have criticized Bill Stone as being willing to sacrifice the safety of others for his own obsession, but exploration has often cost lives and safety.  With over 40 cave expeditions under his belt, Stone is a veteran of so-called extreme caving. He’s pioneered cave exploration by engineering new cave equipment as well as helping NASA in using cave exploration techniques for exploration in space.

In the end, it’s impossible to tell whether a cave is the deepest in the world until every cave has been explored completely.  With caves like Sistema Huautla, it’s virtually impossible to explore the entirety of the cave system. There are always side passages and no way of knowing where they lead or if there’s a deeper passage somewhere that’s been missed.  Inevitably the depth of a cave is just the measured depth and Sistema Huautla has been surpassed by another cave in the country of Georgia.

Krubera Cave is now the deepest known cave on Earth.  Descending to the bottom of Krubera Cave has been described in National Geographic by one expedition member as ascending an inverted Mount Everest.  Sistema Huautla is maze like, with long passages that aren’t very vertical.  Krubera is more like a series of boreholes going vertically into the earth. It’s more a matter of rappelling over and over again.  There’s also the grueling work of clearing boulders and other debris out of the way of descent, working underground in sometimes cramped conditions.  So far Krubera has been explored to a surveyed depth of about 6,824 feet and is the deepest known cave in the world.

The expeditions exploring Krubera to its deepest point were made of members of at least seven countries.  The style of caving is reminiscent of the traditional mountaineering expeditions that first scaled peaks like Everest.  Camps were set up and resupplied by people carrying tons of gear into the cave as a smaller expedition crew pushed deeper and deeper into the cave.  The cave required SCUBA diving and technical caving skills, much like Sistema Huautla.

The difference between caving the deepest cave and climbing the highest mountain in the world is a matter of finality.  When Everest was first climbed, it was already known to be the highest mountain in the world. Surveyors can measure mountains without ever setting foot on them, Everest was named for a surveyor who discovered it’s prodigious height from a distance away without ever setting his boot to the mountain itself.  In caving, it’s impossible to know how deep a cave is until you crawl, climb, dive, squeeze your way to the bottom and then survey the depth of that point. Every step of the process of cave exploration is physically demanding and painstaking. It’s still only a matter of time before a deeper cave or a deeper part of a known cave is discovered somewhere on Earth.