Experts track nutrient transport in the Gulf of Mexico • Earth.com 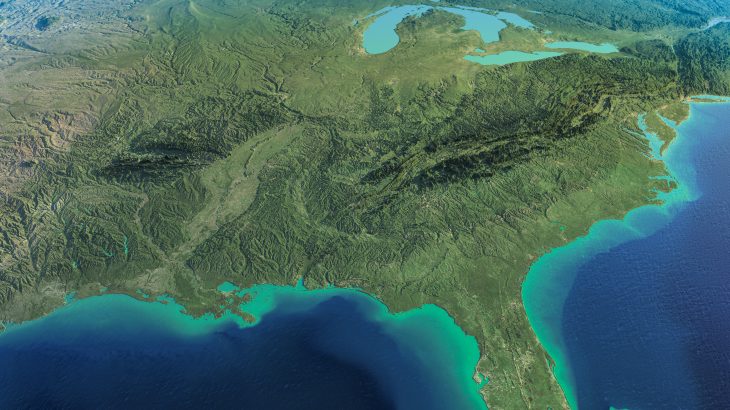 Experts track nutrient transport in the Gulf of Mexico

A team of researchers at Florida State University is providing new insight into nutrient transport in the Gulf of Mexico.

While it is known that the Gulf of Mexico receives high levels of nutrient runoff, it has not been clear whether these nutrients travel out of the Gulf and affect the chemical composition of surrounding waters in the Atlantic Ocean.

“The Gulf of Mexico is an economically important body of water, as the surrounding areas rely on it for tourism, fisheries and oil production, and it also has significant ecological diversity,” said study lead author Samantha Howe.

“It is important to track the nutrient input from the Mississippi and Atchafalaya River System to the Gulf as those nutrients contribute to harmful algal blooms on the Northern Gulf Shelf.”

The northern shelf waters of the Gulf receive particularly high inputs of nutrients, mainly from the Mississippi River, and this high nutrient load impacts ecosystems and makes the region more susceptible to algae growth.

Nutrients such as nitrogen and phosphorous enter rivers and tributaries through fertilizer runoff, soil erosion, animal waste, and sewage. But what happens to the nutrients after they reach the Gulf?

“In order to assess and manage ecological challenges in the Gulf, it is critical to understand whether the nutrients are processed and retained nearshore or whether they are transported to the North Atlantic,” said Howe. “This finding is valuable to know, as these ecosystems must harbor the nutrient burden.”

To investigate, the researchers collected and analyzed water samples taken during four different research expeditions to the Gulf and the Florida Straits from 2011 to 2018.

The study produced no evidence that nitrate from the Mississippi River is mixing across the Northern Gulf shelf into the open waters of the Gulf of Mexico. The findings are consistent with recent modeling that indicates 90 percent of Mississippi River nutrients are retained in the near-shore ecosystem, and do not leave the Gulf.

The research is the first of its kind to measure isotopic composition of nitrate in the Gulf of Mexico, as well as to construct a new isotopic profile from the Florida Straits. The profiles were compared with previously obtained measurements from the Atlantic Ocean and with the magnitude of nitrogen inputs to the Gulf.

Howe initiated the research as part of her undergraduate thesis while working in the research lab of study co-author Professor Angela Knapp.

“Samantha’s thesis looked for distinct geochemical signatures of nitrate from the Mississippi River and whether this nitrate made it off the Northern Gulf of Mexico shelf into the deep waters of the Gulf that mix with the Loop Current and leave via the Florida Straits to enter the North Atlantic,” said Professor Knapp.

“This work has important implications for understanding the fate of nutrients from the Mississippi Atchafalaya River System and how to manage human inputs to coastal ecosystems.”

The study is published in JGR Oceans.