Don’t judge a snake by its rattle: rattlesnakes in the Americas • Earth.com 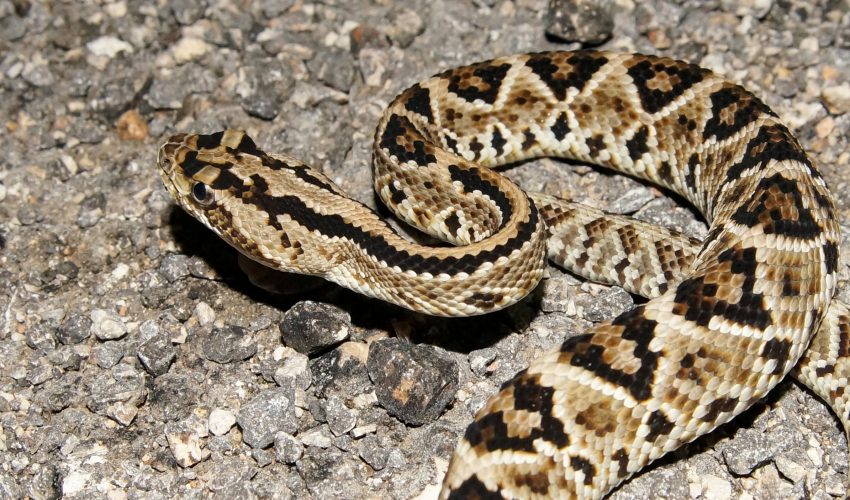 Don’t judge a snake by its rattle: rattlesnakes in the Americas

Hiking a steep trail to the bottom of a waterfall in Sonora, Mexico, I heard a gentle shaking noise and looked into rocks piled on the edge of a trail switchback.  In between the rocks was a small snake, thinner than other rattlesnakes I’d seen before. It was likely a rock rattlesnake (Crotalus Lepidus), a small species, but it could also have been a Black-tailed rattlesnake (Crotalus molossus), a medium-sized species.

I motioned for my fiancé to join me and see the snake closer up but she wisely kept her distance, even though I was out of striking distance.  The little snake moved deeper into the crevice between rocks, disappearing from view. When we were hiking back up the trail, we saw the same snake in the same place and he/she reacted to our presence in the same way.

I remember coming across another rattlesnake in the grasslands of South Dakota. The Prairie Rattler (Crotalus viridis) lay quietly curled into a disk, even though we walked quite close before we noticed the snake.  Trusting in camouflage, the snake didn’t move or make a noise and we left it in peace.

The rattle is obviously a warning but the language of retreat and hiding is obviously non-threatening.  Rattlesnakes seem to say, “I don’t want to fight but if you make me, I’m prepared to defend myself.”

There are at least 32 species of rattlesnakes and 83 subspecies, divided between the two genera of Crotalus and Sistrurus.  The thing that unites most rattlesnakes is their rattle, but this isn’t so simple, as there is at least one species of ‘rattlesnake’ that lost its rattle. The Santa Catalina Rattlesnake (Crotalus catalinensis) has no rattle, which comes from being isolated on an island where the evolution of rattles isn’t apparently useful.

Another rattlesnake, the Sidewinder (Crotalus cerastes), moves in a strange, even hypnotic sideways manner.  There are three subspecies of sidewinder living in a patch of North America covering part of southern California, the southern tip of Nevada, a bit of western Arizona, a bit of southern Utah and parts of Baja California and Sonora in Mexico.  There are three currently recognized subspecies of sidewinders.

The Eastern Diamondback rattlesnake (Crotalus adamanteus) is the heaviest venomous snake in the Americas and largest known rattlesnake.  One Eastern Diamondback shot in 1946 weighed 34 lbs. These snakes can strike a distance of a third their body lengths or more.  Stalking small prey such as rodents and birds, Eastern Diamondbacks strike and release their quarry, following the animal and waiting until death to eat.  As their name suggests, Diamondbacks have a delicate, even beautiful pattern of diamond shapes down their brown backs.

The South American Rattlesnake (Crotalus durissus) is the largest species in its genus, with nine recognized subspecies.  The snake lives in most habitats in South America, outside of the Andes Mountains, but its range is broken into separate pieces, the snake preferring arid and grassland habitats.  The snake has two stripes running parallel down its brown back.

The Massasauga (Sistrurus catenatus) is another rattlesnake with a large range, stretching from Southern Ontario, cutting across the Midwestern U.S. towards the South West into northern Mexico.  It’s a small snake with three recognized subspecies and mainly a tan color colored with darker brown spots but melanistic individuals that are completely black are not uncommon.

In the United States, approximately 7,000 to 8,000 people are bit by rattlesnakes each year, of which there are about 5 deaths.  In contrast, states like Oklahoma have no limits to the number of rattlesnakes can be legally killed in a year, and according to a report in Reptiles Magazine, 400 Western Diamondback rattlesnakes were killed in a single roundup in that state.  There are reports of more rattlesnakes without rattles in response to selective pressure from human killings, the rattle now alerts humans to their presence, bringing them to kill the snake instead of warning them away.

Rattlesnakes are just one small piece of the puzzle too.  Globally there are about 3,000 species of snakes, living on every continent except Antarctica.  There are at least 10,000 species of reptiles as a whole in the world. Only around 375 of the world’s snake species are venomous to humans.  Often snake venoms are actually useful for the creation of medicines from pain pills to cancer drugs. Beyond any utility, snakes are interesting and beautiful, rich in symbolism and mysterious.  Snakes are all around us throughout our lives and rarely do we take the time to notice. Imagine how many possibilities there are in 3,000 species, let alone 10,000 reptiles and I only explored quite briefly a few rattlesnake species.  The world is full of wonders.