Recreational boating is spreading invasive species in the Mediterranean • Earth.com 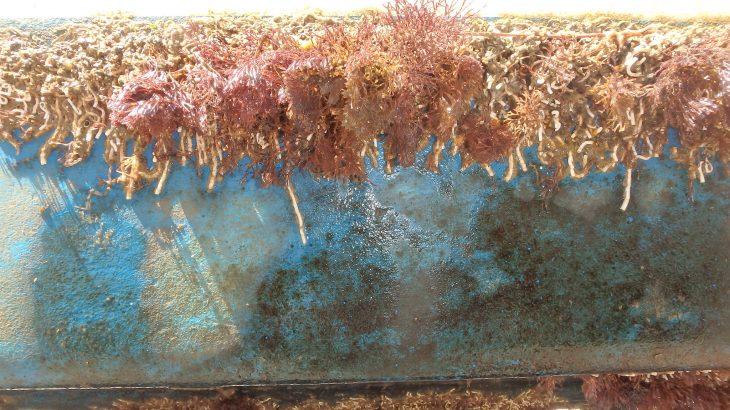 Recreational boating is spreading invasive species in the Mediterranean

The Mediterranean is a biodiversity hotspot and home to the largest number of species for an area of its size in the world.

Unfortunately, the Mediterranean is also inhabited by many alien species and recreational boating is a major factor in the transport of invasive animals.

In a new study, the first of its kind, researchers from the University of Pavia in Italy examined how private boats carry and spread non-indigenous species in the Mediterranean.

Recreational boating is hugely popular in the Mediterranean, but as boats travel and dock in new areas, there is a high risk of spreading invasive species due to biofouling.

Biofouling is the accumulation of algae or barnacles on the underside of boats, submerged propellers, and other underwater structures.

“Boats which have visited Eastern Mediterranean marinas had an especially high risk of spreading alien species due to the closer proximity to the Suez Canal, where most alien species enter the Mediterranean,” said Aylin Ulman, lead author of the study.

The researchers surveyed 601 boat owners and sampled boat hulls for invasive species in 25 marinas across the Mediterranean.

Biofouling is not regulated in the Mediterranean even though the researchers found that it was the biggest predictor of species richness. Some of the boat hulls had small areas of visible growth, but the researchers counted as many as 11 non-indigenous species in one spot.

What’s more, the researchers found that niche areas can become quickly colonized after being cleaned.

These areas might be overlooked during intensive cleaning, and the researchers recommend that special attention is paid to ladders and propellers where invasive species are known to accumulate.

“Biofouling is a major vector for the spread of marine alien species in the Mediterranean and needs regulation,” said Ulman. “To inhibit further spreading, marine pontoons should be cleaned regularly, and incoming vessels to marinas should be screened to determine if they require professional cleaning.”

The dataset compiled in this study is being used to create a model of high-risk marinas in the Mediterranean.

The research was published in the Journal of Applied Ecology.