Our recycling system is not working and will require major changes • Earth.com 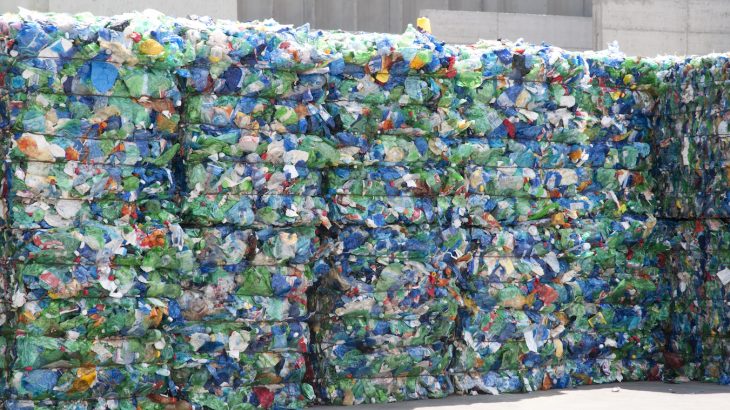 Our recycling system is not working and will require major changes

Recycling has become a normal part of everyday life for most Americans. It seems like an easy enough way to protect the Earth, and people can rest easy knowing their waste will be reused. But unfortunately, more and more recycling is ending up in landfills.

For decades, our recycling system relied on foreign buyers. Chinese companies purchased most of our recycling to process and resell it. With new Chinese policies, this has suddenly changed.

Recycling is contaminated with food scraps, grease, and trash, and as a result, it’s extremely labor intensive to clean. This contamination problem is catching up to us and the economics no longer make sense. The era of easy single-stream recycling may be coming to an end. We need to rethink how we produce and discard the massive amounts of waste we produce.

Our recycling system has stopped working, and the biggest catalyst is a change in Chinese policy. Most people are probably unaware that until recently, the majority of recycling was exported. China was the single largest buyer of this waste. This international trash market made recycling financially viable. Cheap foreign labor and less regulation made it possible to process this waste.

United States President Donald Trump recently blamed Asian countries for ocean pollution. Though a significant amount of plastic pollution occurs in China, much of this is a direct result of Western countries’ waste exports. We have been exporting our waste problems for decades and this puts the burden of waste processing on developing nations.

In 2016, China was the largest importer of plastic waste, accepting two-thirds of the world’s plastic waste. The United States was the second biggest source of this waste, closely trailing Japan.

But now, the Chinese government has imposed new regulations on this market and have limited the types of plastic and paper that can be imported. They have also set a limit on how contaminated imported material can be. Recycling must be 99.5% pure to be accepted.

The highly contaminated single-stream recycling produced in America cannot meet these standards, and these new regulations have ended nearly all recycling exports to China.

In the wake of these changes, Malaysia has become one of the largest importers of recycling. But the Malaysian government is trying to minimize the impacts of this industry and do not want to take on the burden of the developed world’s waste.

These facilities hoped to process scrap into plastic pellets. These pellets could then be sold to China as clean enough for the regulations. But Chinese customs have rejected much of these imports. They have also cracked down on smuggling of low-quality plastics and trash.

Using the developing world as a dumping ground is not a solution. We need to change the way we create waste.

The myth that Western countries can deal with their waste is being exposed. The massive amount of waste produced has actually been easily hidden overseas. Now that the largest market for this waste is gone, we are facing difficult questions.

This sudden change has revealed the harsh realities of recycling. Our system simply exports our trash problem, and it is not cost effective to sort and process this waste domestically. Relying on foreign cheap labor is not sustainable. We need new solutions to our waste problem.

This is a growing problem that needs a solution. Half of the plastics ever produced have been produced since 2004. Decreasing single-use plastics will be essential to deal with this problem.

Recycling Is Burnt or Taken to Landfills

Waste management companies are having a hard time finding a solution. Some are stockpiling recyclables, hoping for a change of policy or a new buyer, while many others are turning to less palatable solutions. Recycling in many cities is simply being sent to landfills. In Philadelphia, half of the city’s recycling is being burnt to produce energy.

Without a foreign recycling market, the economics of recycling simply doesn’t make sense.

Is Single-Stream Recycling Really Worth It?

The rise of single-stream recycling is a large part of the problem. The simplicity of recycling into a single bin seems wonderful. It enables people to recycle without any hassle, and as a result, this system does increase recycling participation. However, it may not have a net benefit to the amount of waste that can actually be recycled. In addition, it enables people to feel like they are helping the Earth, when they may be doing very little.

One study showed that single stream recycling actually led to a 12% reduction in waste that was actually recycled. This is due to the levels of contamination associated with single-stream recycling.

Some contamination is the fault of consumers. Some people simply treat a recycling bin as a second trash can. Recycling in public places often is full of non-recyclable materials that may get mixed with real recyclables.

Even people with the best intentions contribute to contamination. Aspirational recycling is a big problem with single-stream systems. This is when people try to recycle items that cannot be recycled, in hopes of reducing their waste. This leads to greasy pizza boxes, food scraps, and even dirty diapers ruining otherwise good recycling.

Single-stream recycling is also inherently more difficult. Glass tends to shatter during collection and processing. Compressing recycling also embeds these glass fibers in paper and cardboard. This can easily ruin material that would have been recycled otherwise.

The sorting systems required by single-stream recycling are also inefficient. It is not possible to sort all the recycling by hand, which leads to 1 in 6 bottles and 1 in 3 cans being improperly sorted and shipped.

Decreasing Waste Is the Best Solution

It is clear that our recycling system is not working, and there is much that can be done to make it better. Changes to the way we recycle are very important, and improved education is also essential. However, in the end, the problem is at the sources. We produce more waste than we can deal with. In order to combat these issues, it is essential that we use less single-use plastic. We are producing more plastic than ever before, and fixing our recycling system is an important step. However, it needs to be accompanied by a decrease in waste.