Red squirrels with familiar neighbors have a greater chance of survival • Earth.com 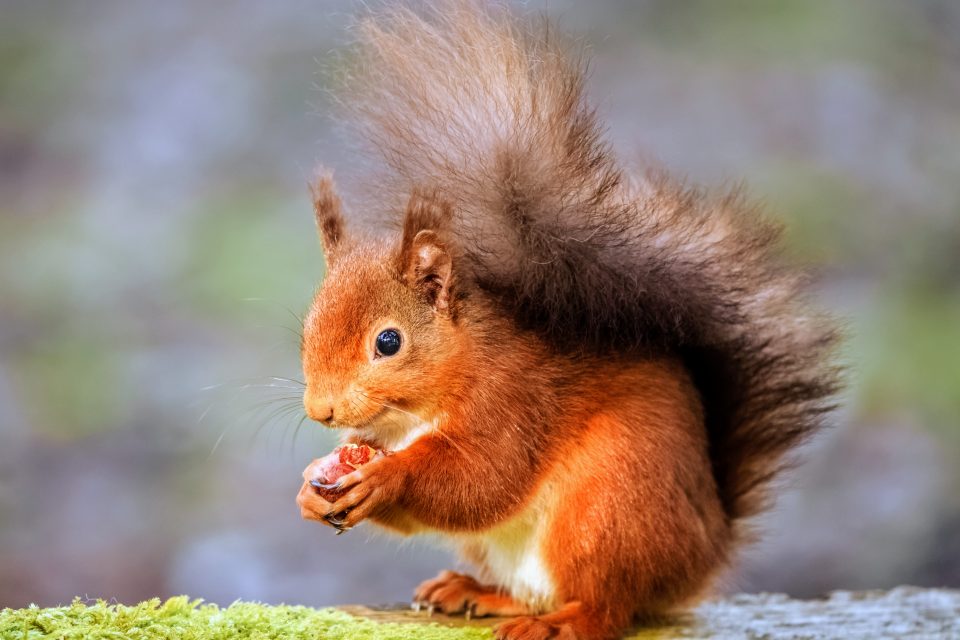 Red squirrels with familiar neighbors have a greater chance of survival

Red squirrels have a higher chance of survival and a greater number of offspring when they have the same neighbors for consecutive years. The study from Cell Press reveals that it does not matter whether the neighboring squirrels are related, because the fitness benefits are simply based on familiarity.

The benefits were even more noticeable among older squirrels, and the research suggests that living next to each other for many years can offset the effects of aging.

“Red squirrels live on their individual territory, and they rarely come into physical contact with one another, but given the value of familiar neighbors, our study raises this really interesting possibility that they might cooperate with their competitors,” said study first author Erin Siracusa, a postdoctoral researcher at the University of Exeter.

“What this cooperation looks like, whether it’s sharing of food resources, or actively alarm-calling to warn their neighbors of predators, or potentially even forming coalitions to protect the neighboring territories from usurpers, we don’t know. But I would argue based on our findings that despite their solitary nature, red squirrels do engage in social interactions and can have important social relationships.”

The researchers set out to investigate how social relationships affect solitary, territorial animals who rarely share physical interactions. Through the Kluane Red Squirrel Project, the team followed just over 1,000 individuals for more than 22 years. The squirrels were tagged each summer so that they could be distinguished.

Previously, Siracusa had observed that red squirrels with stable social relationships were less likely to intrude on each other’s territories.

While this reduced aggression among familiar neighbors has been documented for many species, the current study is the first to link the phenomenon to a fitness advantage.

Siracusa and her team found that living near relatives did not provide any reproductive or survival benefits. This was surprising, considering that animals who share the same genes are generally more caring toward one another. Instead, the experts discovered that the longer squirrels lived with each other, the more likely they were to survive into the next year and produce more offspring.

“The benefits of familiarity were strong enough to completely offset the negative effects of aging,” said Siracusa. “For example, for a four-year-old red squirrel that ages by one year, their survival probability decreases from 68% to 59%. But if that same squirrel that ages one year also maintains all of their neighbors, that probability of survival actually increases from 68% to 74%.”

At the same time, Siracusa explained that only a small percentage of squirrels maintain their neighbors from one year to the next.

According to the researchers, the findings may help explain territorial behaviors such as migratory species returning to the same place year after year or sedentary species maintaining relatively stable territories or home ranges throughout their lifetime.

“In order for territorial systems to arise, the benefit of being territorial has to outweigh the costs of defending those resources, so it’s not surprising that we should see the evolution of a mechanism that works to minimize those costs of territoriality,” said Siracusa.

“At the risk of waxing poetic about squirrels, I think there is a sort of interesting lesson here that red squirrels can teach us about the value of social relationships. Red squirrels don’t like their neighbors. They’re in constant competition with them for food and mates and resources. And yet, they have to get along to survive.”

“In the world right now, we’re seeing a lot of strife and division, but perhaps this is a lesson worth bearing in mind: red squirrels need their neighbors, and maybe we do too.”