Songbirds abandon offspring early, but it's for their own good • Earth.com 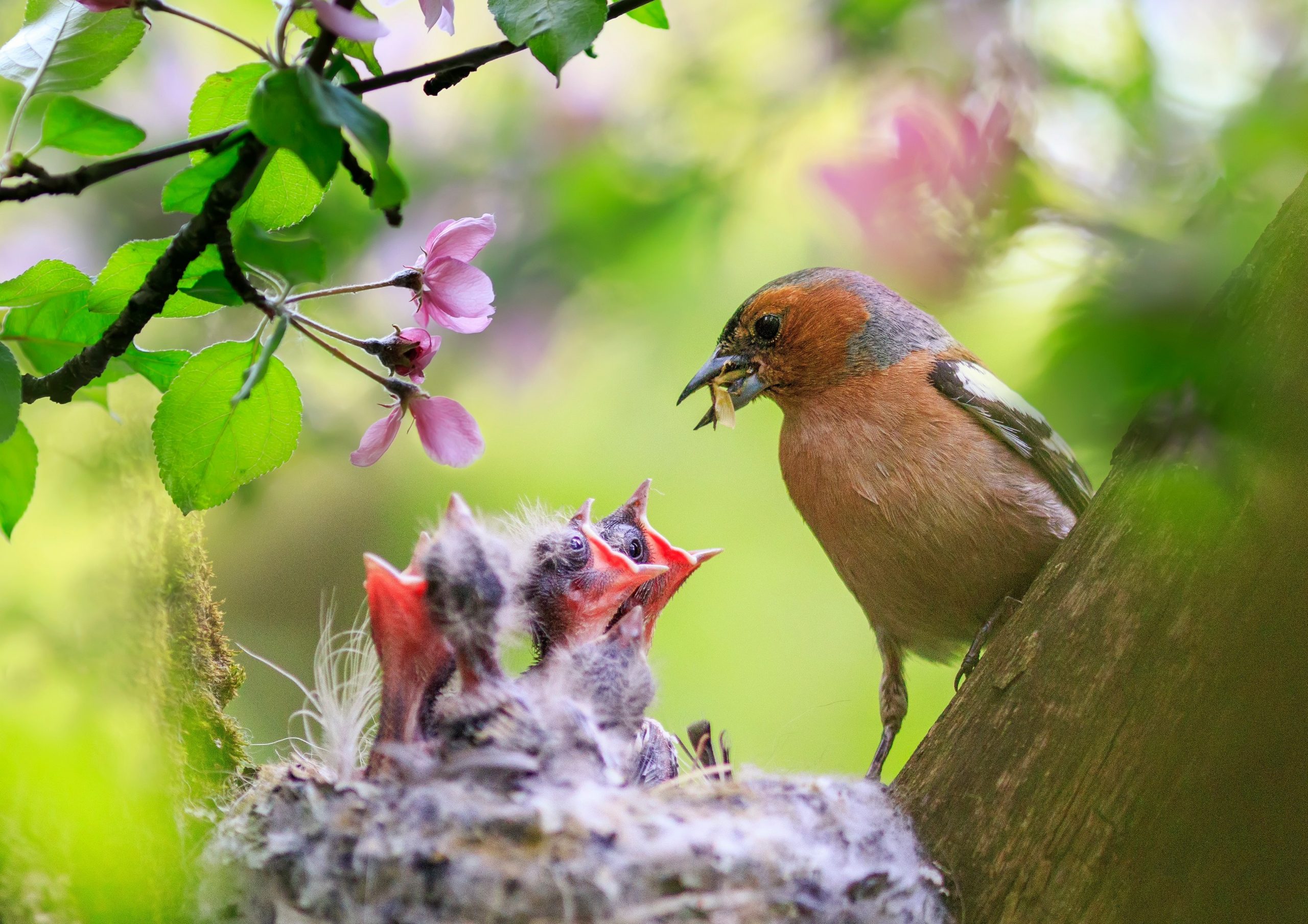 Songbirds abandon offspring early, but it's for their own good

In a new study from the University of Illinois, experts report that many songbirds push their offspring to leave the nest before they are ready. The researchers observed early fledging in 12 of 18 species studied in various habitats throughout the United States, and the findings suggest that this behavior is a commonly used evolutionary strategy among songbirds.

“Individual chicks may be less likely to survive, but by manipulating them out of the nest early, parents benefit through a 14% increase in their likelihood of raising at least one offspring to independence,” said study lead author Todd Jones, a doctoral student in the Department of Natural Resources and Environmental Sciences (NRES).

“The parents are distributing the risk,” explained study senior author Professor Mike Ward. “The longer chicks stay in the nest, the greater the chance the whole brood will be lost to predators like snakes or raccoons. But we see parents physically separating chicks in space outside the nest, and that way, the probability of them all dying is almost zero.”

The research provides new insight into parent-offspring conflict, an evolutionary concept that describes the tradeoffs that are inherent aspects of parental care. By providing offspring with abundant resources, the parents may suffer a higher risk of starvation and disease and a lower chance of future reproductive success.

On the other hand, depriving the offspring of sufficient care decreases their chances of surviving long enough to pass along their parents’ genes – which is the ultimate goal from an evolutionary point of view.

“For all organisms with parental care, there will always come a point where they’re in conflict. In this case, it was a little surprising parents were putting chicks out in a dangerous situation that’s good for the parent, but not good for the offspring,” said Professor Ward. “But it makes sense from an evolutionary perspective, for the parents.”

Jones explained that the surviving offspring will eventually benefit from leaving the nest early too, because they inherit the same strategy in their DNA.

“While the offspring are suffering a cost in the immediate term, down the road when they’re breeding and they do the same thing to their kids, it’s also benefiting them. This behavior is being passed down from generation to generation,” said Jones.

Previous research has been primarily focused on what happens in the nest or immediately afterward, but the goal of the new study was to understand more about the juvenile transition. The investigation is the first to compare survival rates before and after fledging across various species and locations.

“This has been really understudied, so any information we get on their survival or life histories during this period is really important, especially given anthropogenic landscape changes, global climate change, or what have you. Having that baseline information will allow us to detect shifts or changes in the future,” said Jones.

“Some of these species are declining pretty dramatically throughout the Midwest. They’re probably right on the razor’s edge,” added Professor Ward. “So if predation goes up for some reason, it could really have big implications for that cohort throughout the years.”