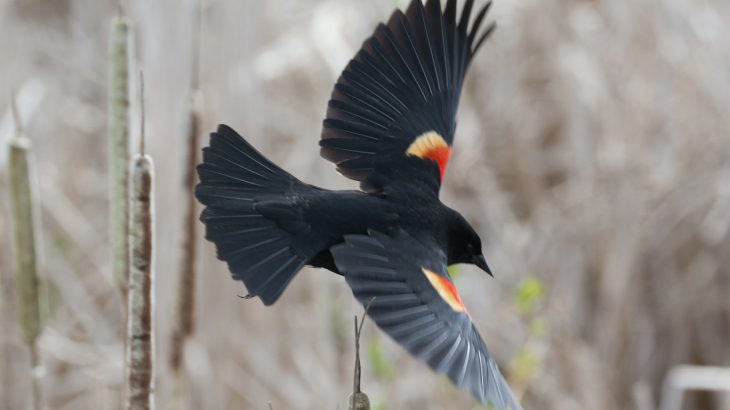 According to a report in the Denver Post, red-wing blackbirds have been randomly swooping down and attacking walkers and joggers near Sloan’s Lake. Experts say the birds are on high alert because it is nesting season, and that some are more aggressive than others.

Those who have witnessed the attacks say the birds are emerging from the treetops and dive-bombing people’s heads as they pass underneath tree branches that contain nests.

On the NextDoor app, one woman posted that she was running with her roommate on the north side of the lake when they were attacked. A user who commented on the post compared the recent events to a real-life version of Angry Birds. Another comment suggested that wearing a mask backward may help to defend against the blackbirds because they usually attack the back of the head.

No one has been seriously injured, but some residents have been very shaken up by the sneak attacks. A reporter from the Denver Post went to the scene to investigate and witnessed a red-winged blackbird abruptly diving at people’s heads while it squawked loudly.

Mary Heiman, who frequently walks her dog around the lake, told the Denver Post that she first thought the bird was just getting very close to her head. She reported that the bird “slams you in the back of the head” with its body before it “flies around frantically and then goes back in the bush.” Heiman said the experience is funny, yet “startling when it happens.”

Red-wing blackbirds are named after the distinctive red shoulder patches found on the adult males. These birds are known for aggressively defending their territory, and will even strike at larger birds.