Reforestation needed to save coral reefs from sediment run-off • Earth.com 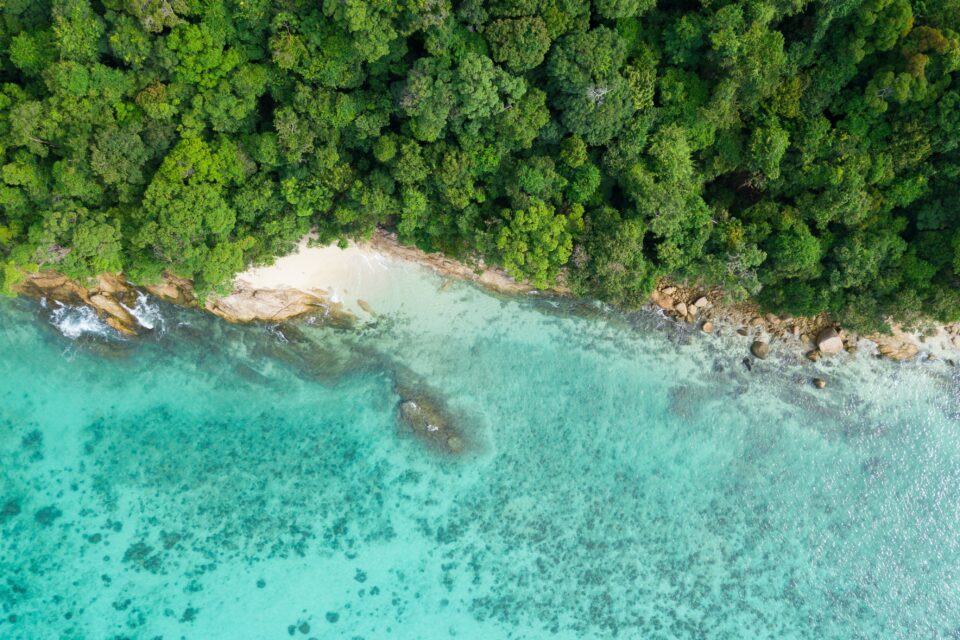 A new study led by University of Queensland has found that nearly 85 percent of 5,500 coastal areas all over the world leach sediment to coral reefs. This phenomenon is currently the second largest threat to coral reefs after climate change. Scientists claim that increasing reforestation efforts in these regions could significantly reduce sediment run-off and protect reefs.

Excess sediment run-off along coastal areas is generally caused by land clearing and agrochemical pollution. The sediment causes a massive reduction in light levels, which are crucial for coral growth and reproduction.

“Increased sedimentation can cause aquatic ecosystems to be more sensitive to heat stress, which decreases the resilience of corals to pressures caused by climate change,” explained lead author Dr. Andrés Suárez-Castro from University of Queensland’s Centre for Biodiversity and Conservation Science.

“If the link between the land and sea is not recognized and managed separately, any future efforts to conserve marine habitats and species are likely to be ineffective.”

According to Dr. Suárez-Castro and his research team, a key solution to reduce the amount of sediment run-off would be for countries to commit to land and forest restoration along coastal regions. They estimate that if an average of 1,000 hectares per coastal basin was restored, sediments reaching coral reefs could be reduced by 8.5 percent for 63,000 square kilometers of reefs.

“Reforestation is hugely important as it maintains the stability of soils that are vital in limiting erosion risk – it also helps to trap more sediments and prevent them from reaching aquatic systems,” Dr. Suárez-Castro said.

Even though global initiatives such as the Paris Climate Agreement are stressing the importance of forest restoration, it will be a great challenge to get countries and local governments to commit to reforestation activities, said the study authors.

“It’s encouraging to see many countries with high coral diversity committing large areas to land restoration, however the cost of reforestation, as well as political and social barriers may make it difficult to achieve these ambitious goals,” explained Dr. Suárez-Castro.

Further research is urgently needed to facilitate more informed and educated conversations around the importance of an integrated land-sea approach for protecting our planet.