Bacteria help corals survive when they get into hot water • Earth.com 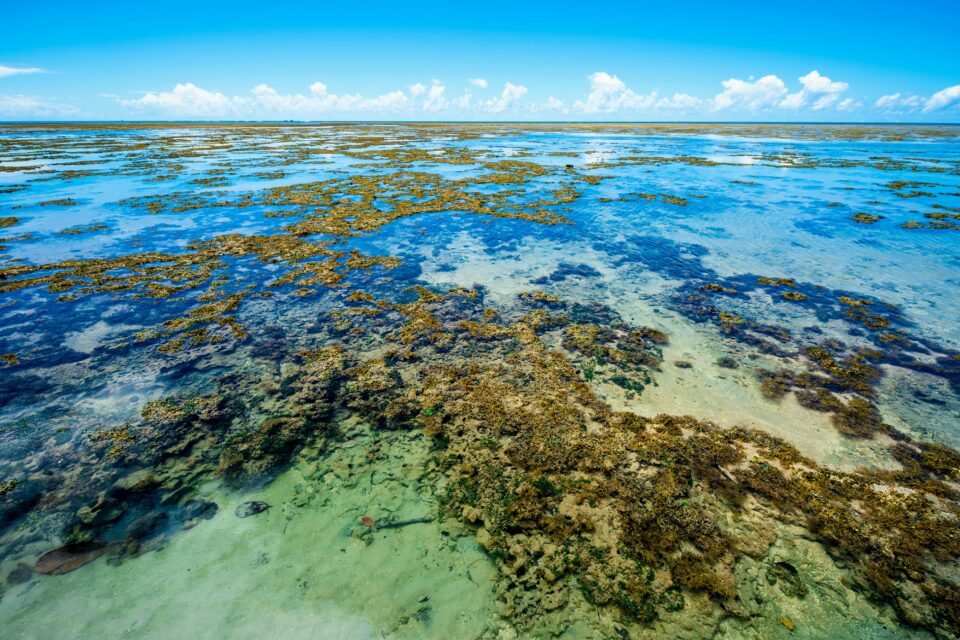 Bacteria help corals survive when they get into hot water

Global warming has increased temperatures in some of the world’s oceans, which is threatening the survival of corals. Heat stress disrupts the relationship between corals and the symbiotic algae that live within their tissues. Since these algae provide vital nutrients, heat exposure can result in bleaching and subsequent death.

It is not only tiny algae that live inside corals and help them survive. Their microbiome includes viruses, fungi, archaea and bacteria, which are all considered to be beneficial microorganisms for corals (BMC).

In a recent study by scientists from the King Abdullah University of Science and Technology (KAUST), researchers hypothesised that coral-associated bacterial communities may enhance the recovery of corals after heating events.

To test this, the researchers identified six beneficial bacterial strains and extracted them from the coral Mussismilia hispida. This probiotic mixture was cultured and used to inoculate M. hispida grown under experimental conditions.

The researchers recorded the health of the corals and measured the microbial diversity in their tissues. The results were compared with corals that had not been inoculated or exposed to heat stress.

Initially, it appeared that inoculation with beneficial bacteria made no difference – specimens with and without probiotics reacted similarly at the peak temperature and both bleached.

“At that point of the experiment, I thought, well, okay, we’re seeing similar responses between the treatments,” said study lead author Erika Santoro, who is now a postdoc at KAUST. “But then after we dropped the temperature, we observed a plot twist from the group that we treated with probiotic BMC. That was a really nice surprise.”

Corals that had been treated with probiotic bacteria had a 100 percent recovery and survival rate, whereas only 60 percent of untreated corals recovered. The researchers interpreted this as the beneficial bacteria helping to mitigate the effects of heat stress on the coral and its associated microorganisms.

The experts also found that, during the recovery period, BMC-treated corals expressed fewer genes related to cell death and more genes related to thermal stress protection. The probiotic treatment altered the coral-associated microorganism communities, specifically by incorporating some of the beneficial bacteria in the tissues of the corals.

“Using a probiotic is an effective tool to help corals deal with the heat stress, but we also have to consider other interventions,” said Santoro, such as “protection and conservation, everyone being more aware and, most importantly, decreasing greenhouse gas emissions and trying to change our resource use..”