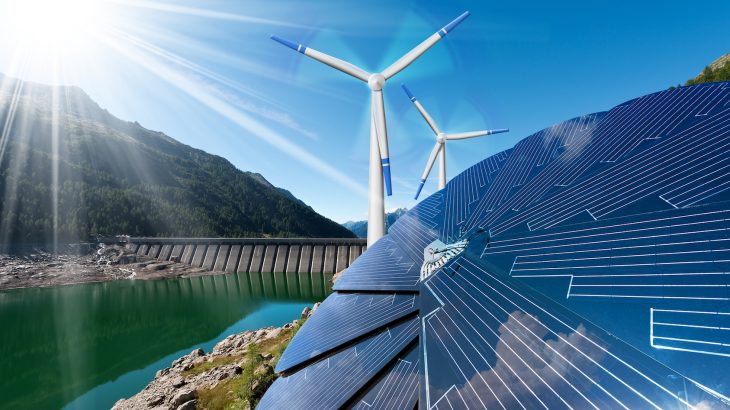 Renewable energy investment has skyrocketed over the last ten years

“Overall, we note that these figures represent a small share of the overall economic transition required to address climate change,” wrote the authors of the report.

“The stock of fossil fuel power already installed, and those added this decade, has helped renewables, excluding large hydro, raise their share of global electricity generation, from 11.6% in 2017 to 12.9% in 2018.”

“Were it not for this green power, world carbon dioxide emissions last year would have been an estimated 2 gigatons greater. Nevertheless, global power-sector emissions are likely to have risen by at least 10 percent between the end of 2009 and 2019.”

Solar power will account for half, or s1.3 trillion, of the global renewable energy investment – growing from 25 GW at the beginning of 2010 to an expected 663 GW this year. To put it into perspective, this is enough energy to produce all of the electricity needed to power 100 million of the estimated 128 million households in the United States.

The study authors noted that renewables have also become much more cost-competitive over the last decade. Since 2009, the levelized cost of electricity has dropped by 81 percent for solar photovoltaics and by 46 percent for onshore wind. 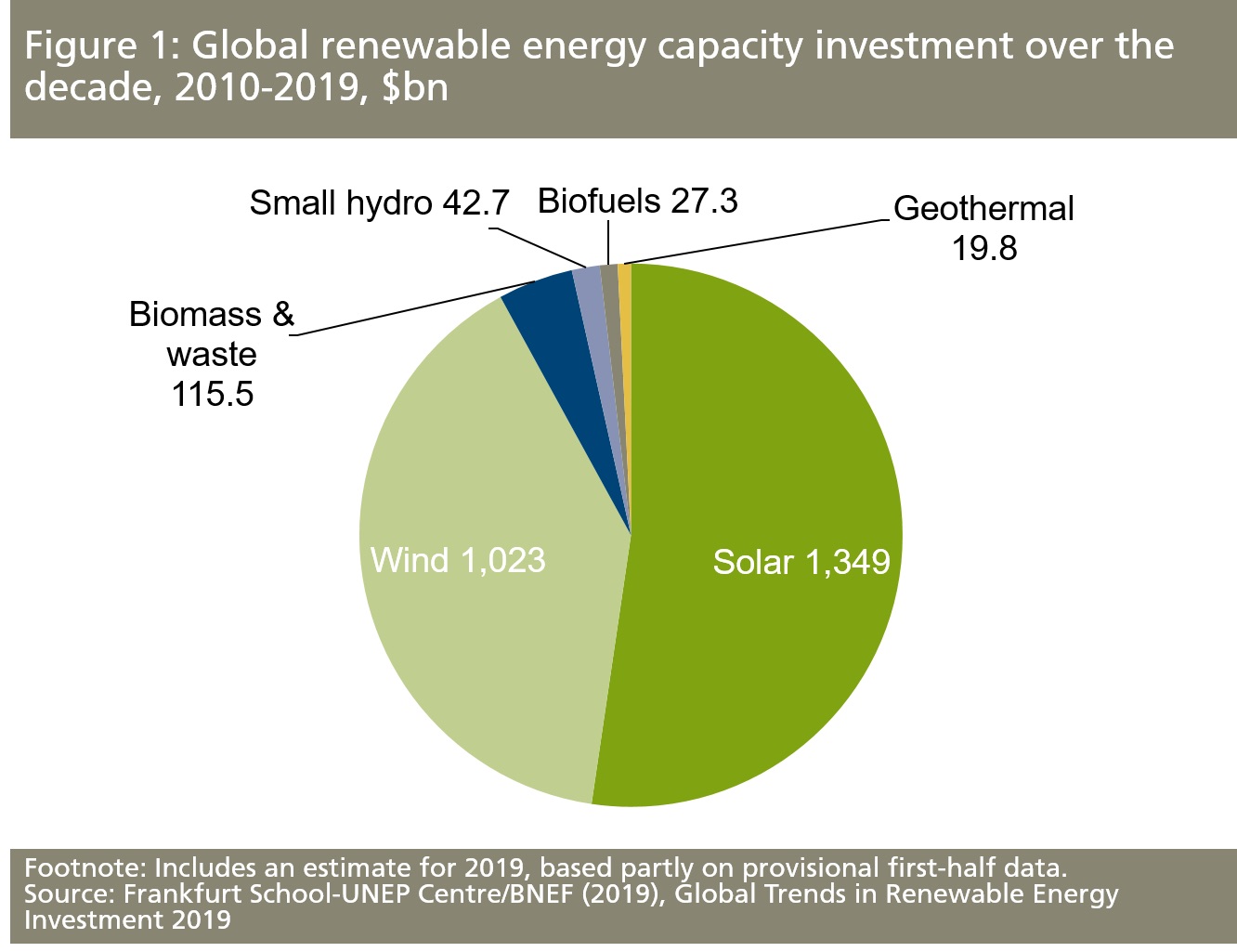 “Sharp falls in the cost of electricity from wind and solar over recent years have transformed the choice facing policy-makers,” explained Jon Moore, who is the chief executive of BloombergNEF. “These technologies were always low-carbon and relatively quick to build. Now, in many countries around the world, either wind or solar is the cheapest option for electricity generation.”

China has been the biggest investor in renewable energy capacity, commiting $758 billion between 2010 and the first half of 2019. The United States ranked second with an investment of $356 billion, followed by Japan at $202 billion.

Within the same decade, Europe spent $698 billion on renewables capacity, with Germany contributing the most at $179 billion.

“The technologies to use wind, sun or geothermal energy are available, they are competitive and clean. Within 10 years Germany will produce two-thirds of its power based on renewables. We are demonstrating that an industrial country can phase out coal and, at the same time, nuclear energy without putting its economy at risk,” said Svenja Schulze, Germany’s Minister for the Environment, Nature Conservation and Nuclear Safety.

“We know that renewables make sense for the climate and for the economy. Yet we are not investing nearly enough to decarbonize power production, transport and heat in time to limit global warming to 2C or ideally 1.5C. If we want to achieve a safe and sustainable future, we need to do a lot more now in terms of creating an enabling-regulatory environment and infrastructure that encourage investment in renewables.”

While China was the largest single investor in 2018, renewable energy capacity investment was more widespread than ever last year, with 29 countries investing more than $1 billion.

“Investing in renewable energy is investing in a sustainable and profitable future, as the last decade of incredible growth in renewables has shown,” said Inger Andersen, who is the executive director of the UN Environment Programme.

“But we cannot afford to be complacent. Global power sector emissions have risen about 10 per cent over this period. It is clear that we need to rapidly step up the pace of the global switch to renewables if we are to meet international climate and development goals.”

The report has been released ahead of the UN Global Climate Action Summit.