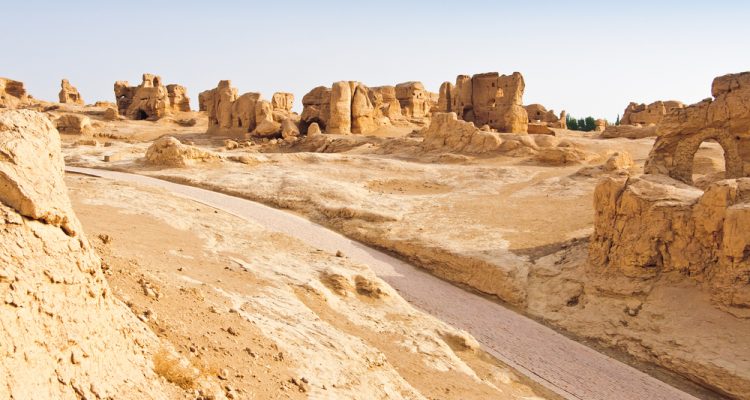 Reopened Silk Road route swaps horses for trains. Hundreds of years ago, merchants traveled the Silk Road from China to Europe, bringing silk, paper, gunpowder, and various exotic goods to trade. Today, the route is being revived with the introduction of a 7,456-mile train route from China to London.

China’s East Wind train company is celebrating the debut of its Silk Road route that will run from Yiwu, a manufacturing town in East China, to Great Britain. It will take the train 16 days to complete the journey, and it will bring 34 carriage loaded with goods made in Yiwu.

The new train route is expected to herald in a new era in trade relations between the UK and China. Goods sent via the train route will travel faster than if they traveled via a container ship. Train shipping is also less expensive than shipping by air.

The East Wind from Yiwu to London will start out running once a week on a trial basis. East Wind, owned by China’s Yiwu Timex Industrial Investment, also features a route from Madrid to Spain that runs twice a week.

The Silk Road journey has always been a difficult one. It features a route that winds through treacherous mountains, around blazing deserts, and across endless miles of the Russian steppe. Before the advent of wheeled travel, merchants who ventured on the Silk Road had to have a constant supply of fresh horses to complete their journey.

Today’s Silk Road may not require fresh horses, but it does require different trains. The route pushes through Russia, Kazakstan, Belarus, Poland, Belgium, and finally France, all before it arrives in London. Because each country has different rail gauges on its train lines, the same train can’t complete the entire journey.