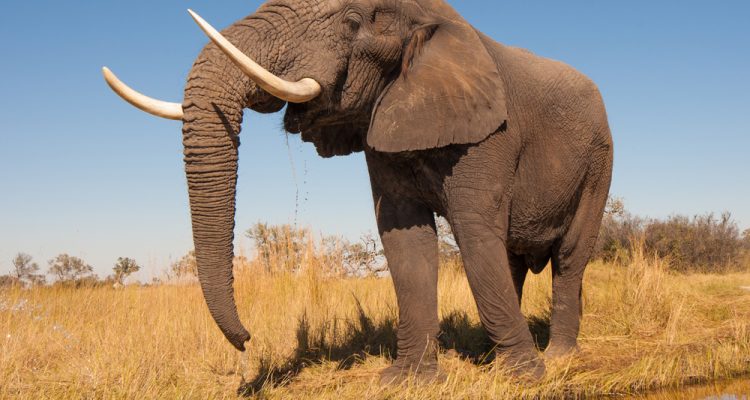 China has taken steps for a big change in in 2017. The country has laid out a plan to shut down its ivory trade by the end of the year, in an effort to protect vulnerable African elephants.

The vow could be a game-changer in making illegal poaching of the elephants too unprofitable to continue, according to environmental groups.

China plans to shut down the commercial processing and sale of ivory beginning in March of 2017. By the end of the year, it plans to completely shutter the industry, the Chinese government said in a statement released today.

The country will encourage those who work in the industry, such as ivory carvers, to turn their skills to other fields. One example Chinese officials offered was retraining to work on artifact restoration in museums.

“China has shown great leadership in the fight to save African elephants,” said Elly Pepper, the Natural Resources Defense Council’s deputy director of wildlife trade. “Setting such an aggressive timeline to close – once and for all – the largest domestic ivory market in the world is globally significant.”

The conservation group called on other countries to shut down their own ivory industries.

Ivory artifacts and ivory-carving have been traditional parts of China’s culture for centuries. Elephant tusks are turned into statues, or used as a canvas for detailed, intricate scenes.

In 1989, an arm of the United Nations banned the sale of ivory in hopes of saving elephants’ lives. As herd numbers began to increase, the international organization began allowing the sale of ivory stockpiled before the ban in 2008. The legal trade of already existing ivory could prevent more poaching, officials believed at the time.

China created a complex paper trail meant to account for every bit of the country’s massive 68-ton stock, purchased from several African nations.

However, the auction system used to organize the ivory trade within the county proved too lucrative for poachers to ignore, and even shutting it down in 2011 didn’t put a dent in the illegal ivory trade in China.

It’s very difficult to tell ivory age, the NRDC said, making it more difficult for countries to determine when ivory is poached if poachers are not caught in the act.

And since China continued to allow the trade of ivory and artifacts that were in the country before the 1989 ban, criminals have been able to use the legal ivory market to slip poached tusks into the country, officials said.

The only way to stop the trade is to phase out the legal trade of ivory, so that all ivory sales can be banned, the government has decided.

Ivory poaching has skyrocketed in recent years, leading to about 35,000 elephant deaths, according to the NRDC. African elephant populations on the savanna have declined by about 30 percent in seven years, the organization said in a press release.