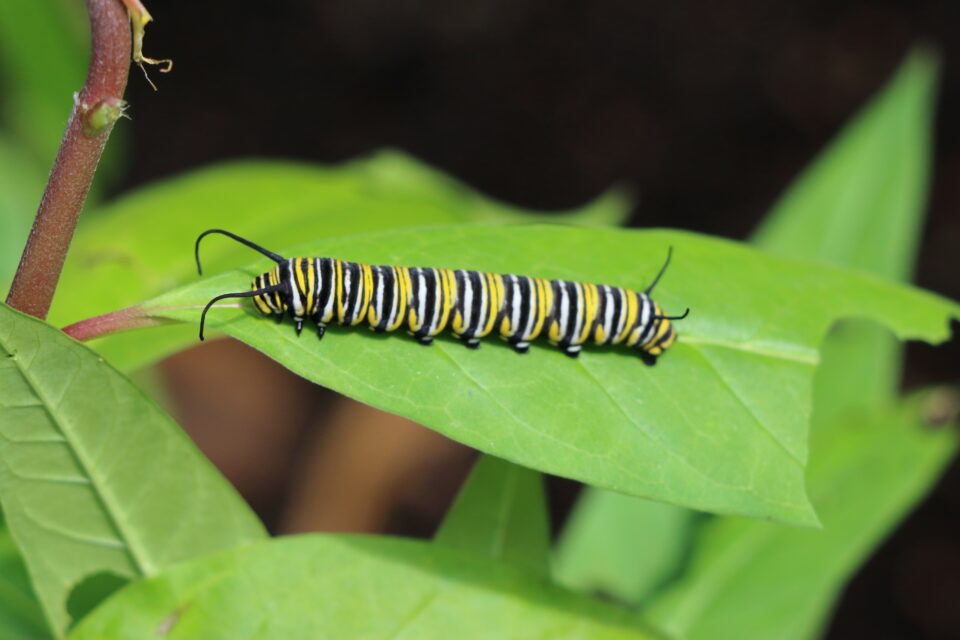 A team of researchers led by the University of Nevada has uncovered a nasty truth about milkweed plants. The study, published in the journal Biological Conservation, found that milkweed plants bought from retail nurseries are contaminated with dangerous poisons that harm monarch caterpillars’ capabilities to forage and migrate. The results showed that even plants labeled as wildlife-friendly contained toxic pesticides.

The researchers discovered the contamination after testing 235 leaf samples from 15 states. They found that all of the plants were contaminated, with an average of 12 pesticides found on each plant. There were a total of 61 different pesticides detected.

Monarch caterpillars depend on milkweed; it’s their only source of food. The situation is especially sad since most people who purchase milkweed plants do so to support monarchs, yet are inadvertently endangering them.

“In a previous study in California that primarily looked at milkweed in agriculture and urban interfaces, we had looked at a small number of plants from retail nurseries, and found that they contained pesticides,” explained study co-author Matt Forister.

“So we were prepared for this much larger sample of nursery plants to again uncover contamination, but it was surprising to see the great diversity of pesticides found in these plants. In many ways, they are as contaminated or even worse than plants growing on the edges of agricultural fields. That was a surprise, at least to me.”

Fungicides, pesticides that are often ignored in insect conservation, seem to be the main culprits.

“The farther along in the life stage you go, the higher concentration you need to have a sublethal effect,” said study lead author Christopher Halsch. “For the caterpillars, this means a low concentration can have a more damaging effect than it would have on the butterflies.”

However, people are not powerless. We can still help the monarch by planting healthy milkweed.

“Everyone can take steps to address the risks we uncovered,” said Aimee Code of the Xerces Society for Invertebrate Conservation. “Consumers can let their nurseries know they want plants that are free from harmful pesticides. Nursery outlets can talk with their suppliers and encourage safer practices, and government agencies can improve oversight.”

“And it’s important to keep gardening for pollinators for the long term, just take steps to reduce pesticide exposure: cover new plants the first year, water heavily, discard the soil before planting, as it may be contaminated, and avoid pesticide use.”