Some rice plants can grow taller to survive floods • Earth.com 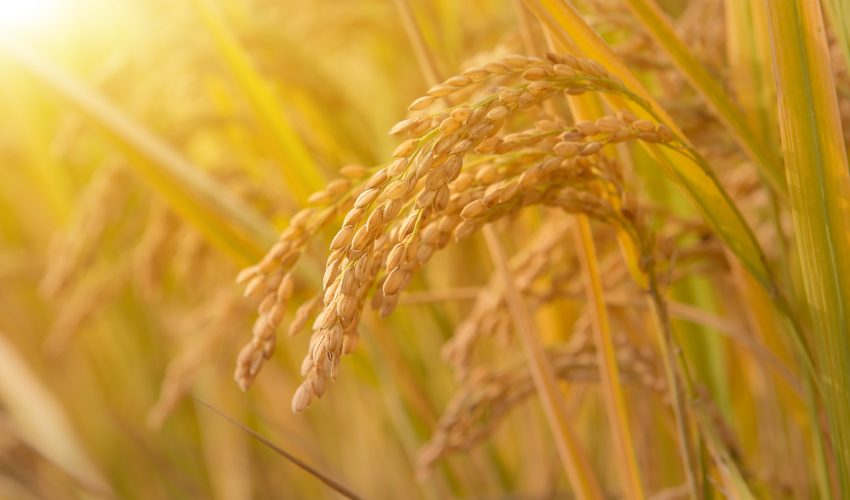 Some rice plants can grow taller to survive floods

Some rice plants can grow taller to survive floods. An international team of researchers led by Tohoku University has found that deepwater rice plants have evolved to overcome flooding conditions by developing a gene that allows them to grow taller.

Deepwater rice normally grows in shallow water. However, during the rainy season in South and Southeast Asia, flood water can reach up to several meters in depth and often persists for weeks or even months at a time.

In order to survive heavy flooding, the rice plants grow taller as the water rises. The researchers identified a gene that is key to this self-preserving response known as SD1 (SEMIDWARF1).

When submerged in water, the rice accumulate ethylene, a gaseous plant hormone. As a result, an ethylene-responsive transcription factor called OsEIL1a activates the SD1 gene. The SD1 protein signals the increased production of gibberellins, particularly GA4, which promote vertical growth in the plant.

The team’s analysis showed that this variation among deepwater rice first evolved in a wild ancestor during the domestication of cultivated rice. According to the study, the ability to grow taller in response to high water levels emerged as the plants adapted to the deepwater environments of Bangladesh.

While it is a transcriptional gain-of-function allele of the SD1 gene that enables the increased height of deepwater rice plants, the same gene is also associated with short plant height. This occurs when a loss-of-function allele of SD1 stunts the growth of rice. The shorter height improves lodging resistance and reproductive efficiency, increasing the plant’s grain yields.

The diverse roles of the SD1 gene in rice highlights the incredible resilience and flexibility of plants in response to their surroundings.