Listen up: Your right ear is more important for listening ability • Earth.com 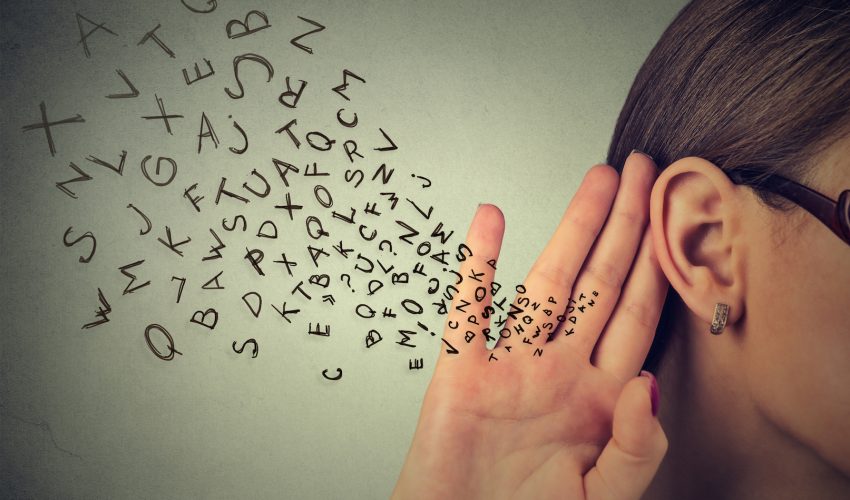 Listen up: Your right ear is more important for listening ability

We often take for granted our ability to take in sound and process the information into a cohesive meaning. It’s a complicated process that involves innumerable factors, not to mention the need to discern what you hear from distracting background noise. Now, researchers at Auburn University have discovered that in demanding environments, both adults and children depend more on their right ear for processing and retaining what they hear.

Sounds that enter the right ear are processed by the left side of the brain, which controls speech, language development, and parts of memory. Together, each ear takes in separate bits of information, which are then combined while being processed through the auditory system. However, past research has shown the young children’s auditory systems are unable to sort and separate simultaneous information from both ears. Because of this, children rely mostly on their right ear to capture sounds and language, as the pathway is more efficient. But what is less understood is if this right-ear dominance is still present in adulthood.

To answer this question, Danielle Sacchinelli and her colleagues had 41 participants (ages 19-28) go through both dichotic separation and integration listening tasks. Dichotic listening tests are used to diagnose auditory processing disorders that cause the brain to have difficulty processing what is heard. This test involves listeners receiving different auditory inputs that are delivered to each ear simultaneously. Participants are asked to pay attention to sounds delivered to one ear, while dismissing sounds delivered to the other (separation) or are required to repeat all words heard (integration).

As the tests progressed, the researchers increased the number of sounds until they passed the point of an individual’s simple memory capacity. Once they were beyond the participant’s memory span, they found that an individual’s performance improved by roughly 8 percent – and in some cases up to 40 percent – when they focused on their right ear.

“Conventional research shows that right-ear advantage diminishes around age 13, but our results indicate this is related to the demand of the task. Traditional tests include four-to-six pieces of information,” says Aurora Weaver, an assistant professor at Auburn University and member of the research team. “As we age, we have better control of our attention for processing information as a result of maturation and our experience.”

Enhancing our understanding of how we listen and process information in demanding environments may help improve diagnostic tools, auditory management – such as hearing aids – and auditory training. Weaver also believes that this may increase our ability to deal with the decline of cognitive abilities as people age.