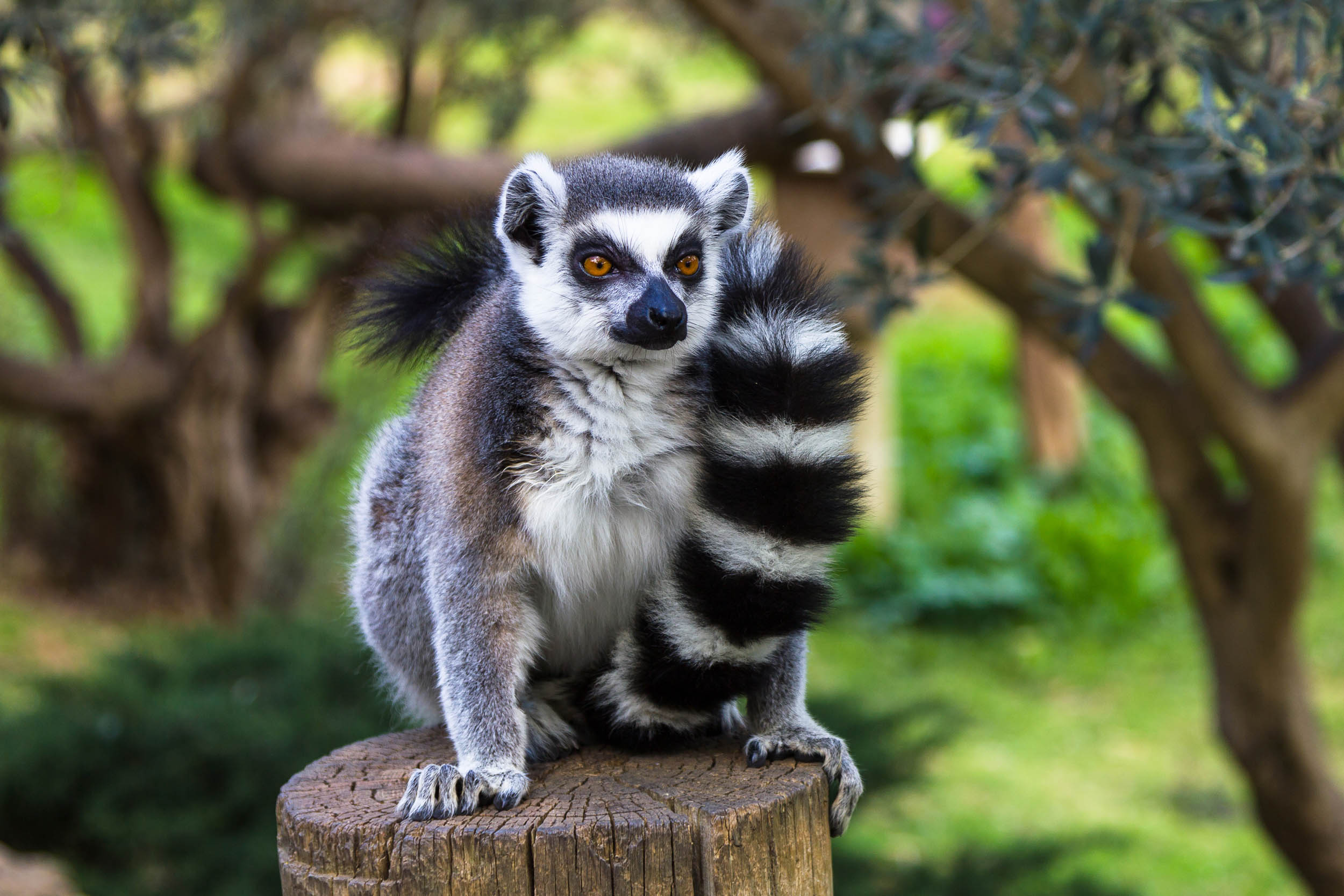 Ring-tailed lemurs are in big trouble

Ring-tailed lemurs (Lemur catta), immortalized in the animated Madagascar movies, is a distinctive primate with a long, bushy, black-and-white ringed tail. This iconic primate, which is emblematic of the tropical island of Madagascar, is in big trouble.

According to a new study by the University of Victoria in British Columbia and the University of Colorado Boulder, the number of ring-tailed lemurs among known populations is thought to have plummeted to less than 2,500 in Madagascar, the only place where they exist. The decline is primarily a result of habitat destruction, bushmeat hunting and illegal capture for the pet trade, said CU Boulder Professor Michelle Sauther, co-author of study.

The study, led by Professor Lisa Gould of the University of Victoria, indicated only three sites in Madagascar are known to contain more than 200 of the primates. In addition, 12 sites now have populations of 30 or less, and there are 15 sites where ring-tailed lemurs have either become locally extinct (extirpated) or they have a high probability of disappearing in the near future.

“This is very troubling,” said Sauther, who has been studying ring-tailed lemurs in Madagascar for 30 years. “They are disappearing right under our noses.”

A paper on the subject by Gould and Sauther was published online in the journal Primate Conservation.

Sauther said the fact that ring-tailed lemurs are ecologically adaptable and capable of surviving and thriving in harsh habitats is an indication that many other lemur species in Madagascar — as many as three-quarters of the roughly 100 species that reside there — are in dire straits.

“Ring-tailed lemurs are like the canary in a coal mine,” said Sauther, who co-directs the Beza Mahafaly Lemur Biology Project in southwestern Madagascar. “If they are going down the drain, what will happen to the other lemur species on the island that have more specific habitat and diet requirements?”

Habitat destruction has hit Madagascar particularly hard in recent years, said Sauther. One of the biggest threats today are the open-pit sapphire mines that entice thousands of people from the island and outside of it to dig up the ground in search of their fortunes, resulting in quick and massive forest destruction.

An island nation off the southeast coast of Africa that is larger than California, Madagascar hosts more than 22 million people, roughly 90 percent of whom live on less than $2 a day. “I think it’s important to keep in mind that what is driving habitat loss and ring-tailed lemur declines is human poverty,” said Sauther.

“It’s likely that the ring-tailed lemur population will eventually collapse,” Sauther said. “We are getting an early warning that if we don’t do something very quickly, the species is going to become extinct. And this is the one primate species in Madagascar we never thought this would happen to.”

“It was important to try and document as many populations of ring-tailed lemurs in as many regions as possible,” said Gould. “While I was discovering previously unknown lemur populations, many of them are likely to be extirpated in the near future.”