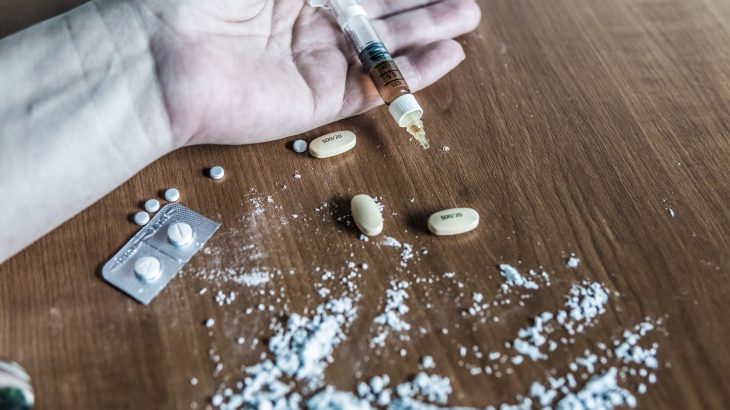 The rise of fentanyl linked to drug wholesalers, report finds

According to a new report on illegal drug markets from the University of California San Francisco, the increase of fentanyl use in the United States is linked to drug wholesalers. Fentanyl, a highly-addictive synthetic opioid, is cheaper for drug wholesalers to buy than heroin. Thus, along with a shortage of heroin and pills, fentanyl use spiked in 2017 and caused about 29,000 overdoses last year alone.

Even though the synthetic drug is sweeping the country and causing chaos, most drug users don’t even know they’re taking it. The researchers say via their report, published December 4th in Addiction, fentanyl is often sold under the false guise of heroin or prescription pain pills like Oxycontin or Xanax.

Fentanyl is also often mixed in to whatever concoction is headed to the streets before it ends up in a dealer’s hands. Therefore, users nor sellers have any clue if fentanyl is laced into their product. This also means that demand for fentanyl is not the cause of its rise in popularity.

“Fentanyl is rarely sold as fentanyl,” said the paper’s first author, Sarah Mars, PhD, a researcher in the Department of Family and Community Medicine at UCSF. “The dealers selling fentanyl directly to the users often don’t know what’s in it. Not only is this particularly dangerous, but it also means penalizing low level dealers isn’t going to make any difference in the fentanyl poisoning epidemic.”

By using data from the United Nations’ opium production log, data pertaining to price and purity of heroin from the U.S. Drug Enforcement Administration, and results from their own study, Heroin in Transition, during which the UC San Francisco team interviewed drug users and dealers about their experiences with fentanyl, researchers further proved that the increase of fentanyl use is due to wholesalers and not demand from users.

“Our research has focused on talking to people who are using heroin and fentanyl-laced heroin, and asking them about their experiences,”  Mars, who directs the study’s qualitative research, continued. “Most of the illicit fentanyl has been in the Northeast and Midwest, and we’ve been to places where the death rate is very high. We asked drug users how they detect it, if they can — how they try to prevent overdose.”

Mars and team found that users had conflicting views on fentanyl. Some liked effects and some didn’t. However, despite their feelings toward the drug’s effects, users usually do not have the option to choose a fentanyl-laced or fentanyl-free drug because of the lack of accurate information about which drugs are laced and which aren’t.

This lack of information also means many users and dealers are unaware of the potency and/or amount of fentanyl in the drugs they buy and sell. It’s this uncertainty, plus the appearance of fentanyl analogues — different chemical variations of fentanyl — that make the drug so deadly.

Because fentanyl is more powerful and cheaper to make in labs, researchers predict it will only grow more popular with wholesalers. The motives of these wholesalers to produce such a deadly drug are unknown. But if nothing is done to thwart the production and spread of fentanyl, it will surely seep into other illicit drug markets at home and abroad.