Rivers in the UK are being restored back to their nature shape • Earth.com 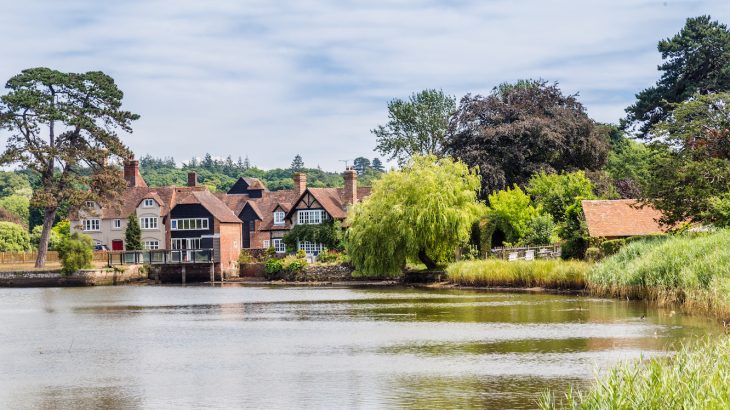 In the 19th century, rivers that wound through the Hampshire National Park were straightened in an effort to drain the land and improve grazing. According to the Daily Mail, these rivers are now being returned to their natural state.

The modification of rivers in the New Forest caused the water to flow much faster, and important nutrient deposits were being ripped away. The rapid water flow also eroded the river banks, which provide specialized wetland habitats for wildlife.

The Daily Mail reports that the meanders are being restored as part of a ten-year project led by the Forestry Commission. Experts have studied historical maps and used laser mapping techniques to identify the natural shape of the rivers.

“More than four miles of streams have been returned to their natural state. The focus is to protect the very special nature of this forest and the unique habitat it provides for rare and endangered wildlife.”

“This more natural form also helps to improve grazing for livestock in the New Forest and help to make sure the surrounding habitats more resilient in both winter floods and summer droughts.”

“Returning the wetlands to their natural state has involved reinstating meanders, natural bends and turns in the waterways, after many were straightened in the Victorian period.”

“Rivers have a natural way of flowing throughout a landscape, they bend and change direction to work around trees and other obstacles and navigate gradients.”

“Artificially straight channels cause water to flow more quickly, eroding the riverbanks and causing the channels to becoming deeper and deeper, as well as eroding higher into the precious mire habitats.”

“Allowing water to flow naturally and meander through the landscape slows it down during periods of high rainfall, limiting erosion and reducing the risk of flooding further downstream and in built up areas.”

“Returning wetlands to their natural state is a long term project and therefore we expect that it will take many years to see the full benefits of the work. We hope it will have a real impact on helping these areas and the habitats they support to thrive long in to the future.”