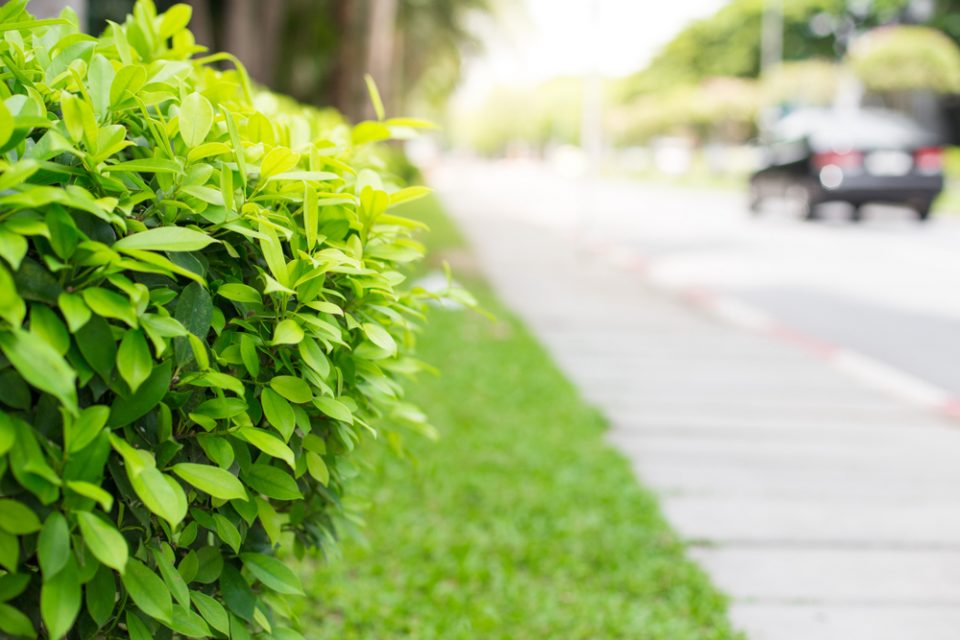 Roadside hedges are a way to spruce up a street, and they might help cut pollution, too, according to researchers.

A team of researchers from the Global Centre for Clean Air Research looked at how trees, shrubs and a combination of trees and shrubs affected air pollution. They found that roadside hedges were the most effective landscaping when it came to lowering air pollution concentrations along streets.

“Many millions of people across the world live in urban areas where the pollution levels are also the highest. The best way to tackle pollution is to control it at the source. However, reducing exposure to traffic emissions in near-road environments has a big part to play in improving health and well-being for city-dwellers,” said Dr. Prashant Kumar, the study’s senior author.

More than half of the Earth’s people live in urban areas, where pollution levels can be unhealthy.

“The iSCAPE project provided us with an opportunity to assess the effectiveness of passive control measures such as green infrastructure that is placed between the source and receptors,” Kumar said.

The researchers found that trees alone didn’t reduce pollution at breathing height – the average height of a walking person’s face. Trees grew too tall to affect pollution at the sidewalk level. Roadside hedges were more effective, but even a combination of trees and hedges were better than trees alone.

The team’s work, published in the journal Atmospheric Environment, points to a hole in urban greening strategies. Most focus on adding trees to urban landscapes – and they’re important, too – but urban planners should be looking at roadside hedges, too, the researchers said.

“This study, which extends our previous work, provides new evidence to show the important role strategically placed roadside hedges can play in reducing pollution exposure for pedestrians, cyclists and people who live close to roads,” Kumar said. “Urban planners should consider planting denser hedges, and a combination of trees with hedges, in open-road environments.”