Robots can now even respect the personal space of humans • Earth.com 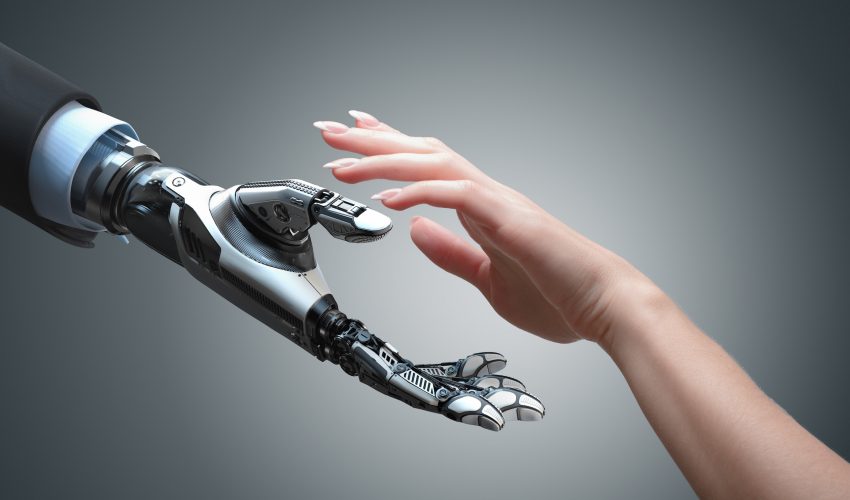 Robots can now even respect the personal space of humans

Robots may be able to mimic humans and do many of the things that we traditionally do, but they still have a lot to learn. Scientists at the Institute of Automatics of the National University of San Juan are teaching mobile robots how to keep from colliding with humans by showing them how to respect our personal space.

“When a robot follows a human as part of a formation, it is supposed that it must also respect these social zones to improve its social acceptance,” explained Herrera.

The researchers used impedance control in an effort to regulate the social dynamics between the robot’s movements and its interactions. To do this, the experts first established how human leaders and followers interact in a situation that has clear boundaries.

The feedback used by humans which encourages others to adjust their actions, such as letting someone know they are following too closely, became defined physical fields that were marked as social forces.

The research team equipped a robot with knowledge of these accepted behaviors, including the estimated social forces. The programmed robot then followed a human within the same defined borders – without disrupting the social forces defined by the human interactions.

“Under the hypothesis that moving like human will be acceptable by humans, it is believed that the proposed control improves the social acceptance of the robot for this kind of interaction,” said Herrera.

The researchers believe that robots are more likely to be accepted if they can be programmed to respond like humans and also respect humans in social interactions. In this study, the robot followed just like a human, avoiding the leader’s personal space.

“The results show that the robot is capable of emulating the previously identified impedance and, consequently, it is believed that the proposed control can improve the social acceptance by being able to imitate this human-human dynamic behavior,” explained Herrera.

The study is published in the Journal of Automatica Sinica (JAS), a joint publication of the IEEE and Chinese Association of Automation.