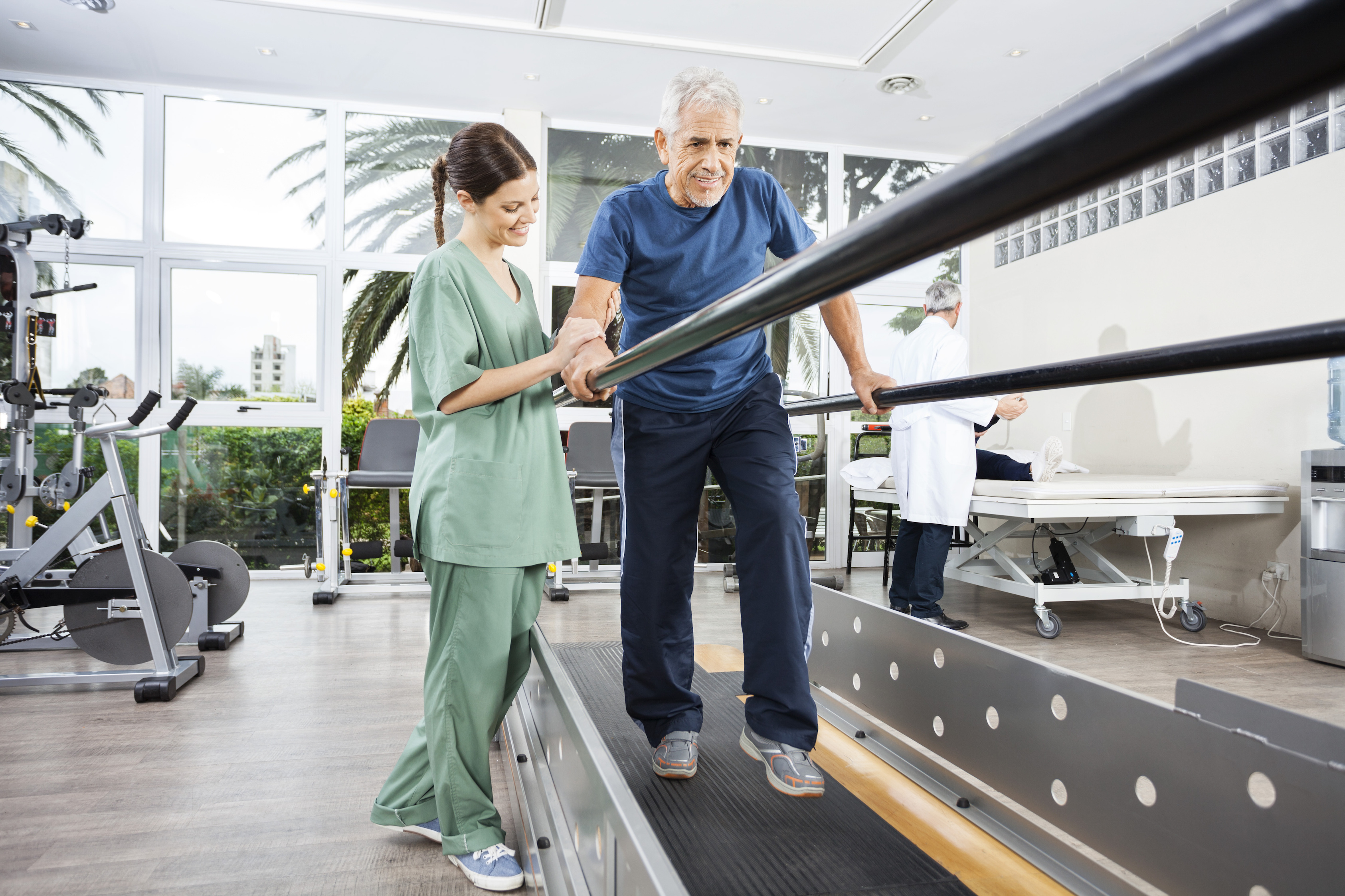 An increasing number of physical therapy patients are being strapped into robots that apply forces to their legs as they walk, gently prodding them to modify their movements by lengthening their strides, straightening their hips, and bending their knees.

Now, a new study has found that physical therapy patients working with rehabilitation robots only modify their walking patterns if the robots interfere with gait stability.

The research could influence future design of robots, the authors said.

The study also examined how patients changed their gaits on a treadmill when a robot applied force.

The patients adjusted their stride in response to a change in the length, but not the height, of their step, even when step height and length were disturbed at the same time, the researchers found.

The discrepancy can be explained by the central nervous system ‘s primary reliance on stability when determining how to adjust to a disruption in normal walking.

“Lifting your foot higher mid-stride doesn’t really make you that much less stable, whereas placing your foot closer or further away from your center of mass can really throw off your balance, so the body adjusts much more readily to that disturbance,” says Giacomo Severini,  an assistant professor at University College Dublin and one of the study’s authors.

The brain will expend a significant amount of the body’s energy to avoid instability, most likely because the consequences of wobbly walking can be severe, the study reported.

Prioritization of stability means other aspects of walking, like the height of the foot off the ground or the angle of the toes, may require treatment beyond walking in a clinical robot.

“To modify step height, for example, you’d need to design forces so that the change in height, which the brain normally interprets as neutral, becomes challenging to the patient’s balance,” says Severini.

Most robots used in clinical settings today do not allow for that kind of customization.

“The results of our study give us insight into the way people adapt to external forces while walking in general, which is useful for clinicians when evaluating whether their patients will respond to clinical robot interventions,” says Paolo Bonato, leader of the study and an associate professor at Harvard Medical School.

By advancing the understanding of the interactions between robots and patient, the research, published in the journal Science Robotics will make it possible to design more effective robot-assisted gait therapy, Bonato said.